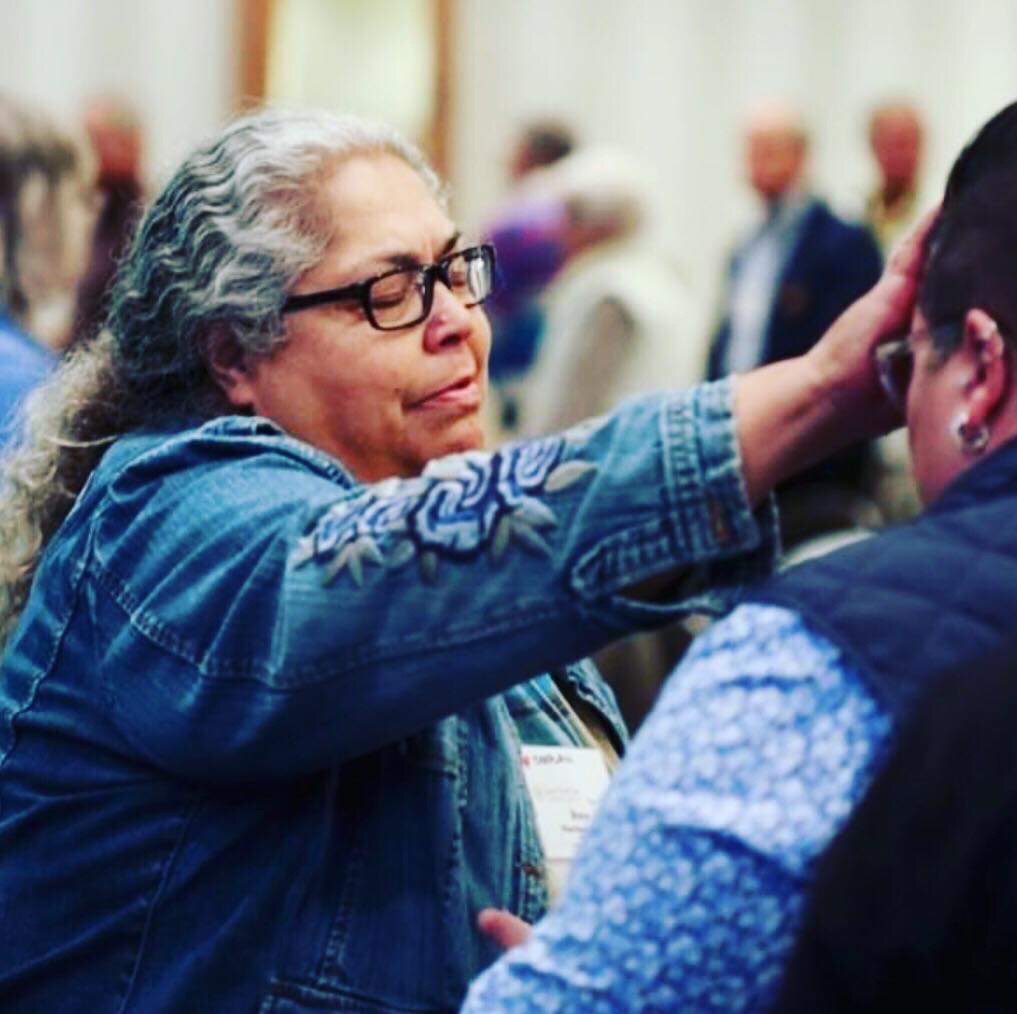 Rosa Manriquez is a third generation Latinx mother and grandmother from East Los Angeles. An ordained Roman Catholic priest and a member of Roman Catholic Womenpriest, she is a celebrant for Holy Wisdom Catholic Community. But Rosa’s main focus is outside the walls of the institutional church – a ministry for all who are or have been made to feel unwelcome, especially the LGBTQ community and people of color.

In the Immaculate Heart Community, she is a member of the Commission on Justice for Immigrants and Refugees and the Antiracism Task Force. Rosa is also active in Call To Action, the largest national progressive Catholic organization, serving on the Antiracism Team and in other areas. Through A La Familia, part of the Human Rights Campaign, she has been a trainer and speaker and is featured in the film, “Before God We Are All Family.”

A lifelong Catholic, Rosa was educated by the Sisters of the Immaculate Heart of Mary from first grade through college. She also holds a Master of Arts in theology.  “My passion is my familia that inspires and delights me constantly,” Rosa says of her two daughters, their wives, and her three grandchildren.  “And I also love Star Trek.”