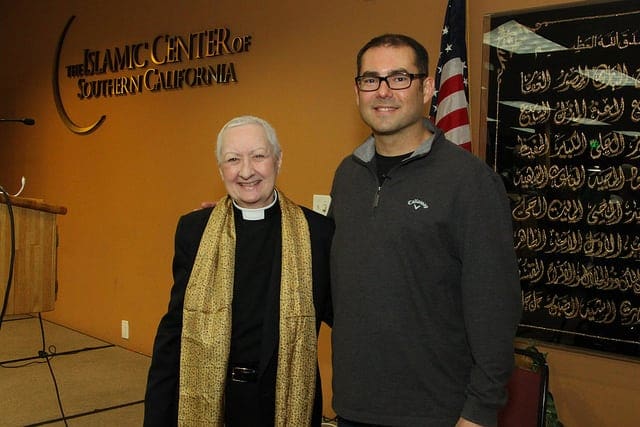 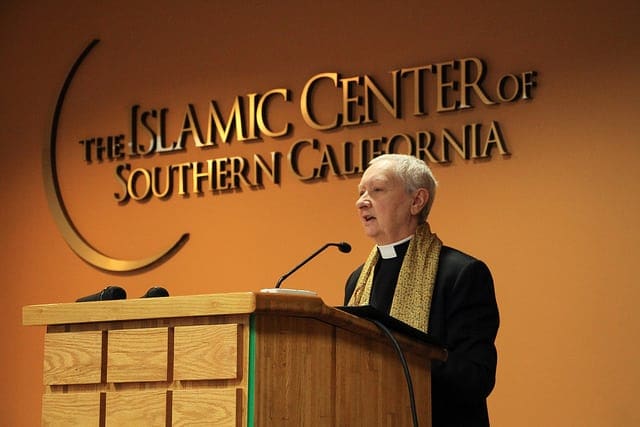 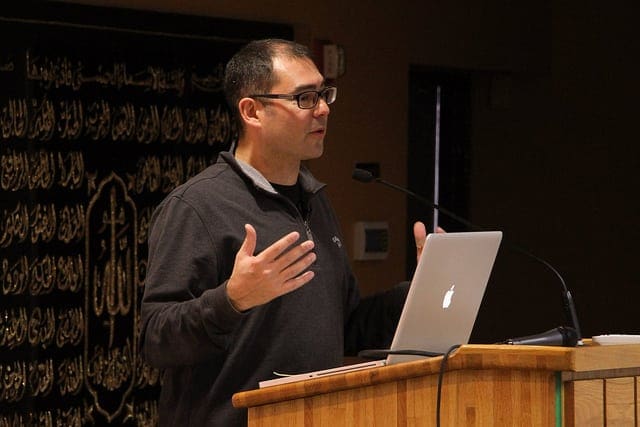 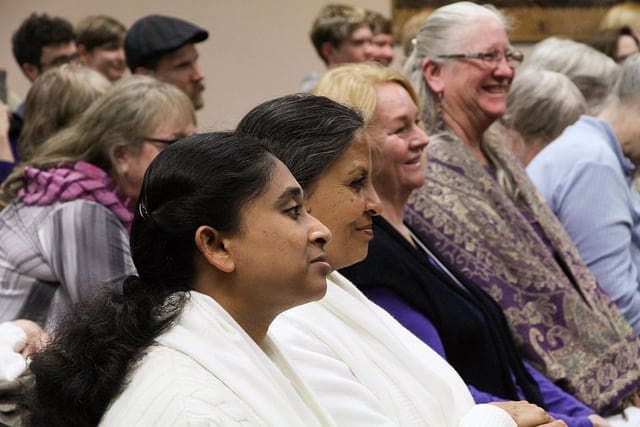 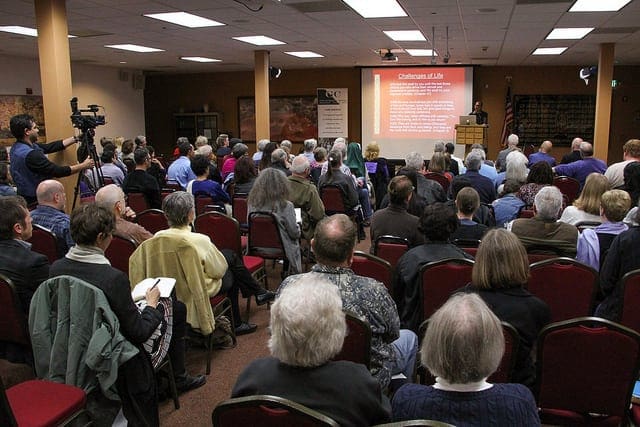 Whenever the extraordinary Jihad Turk does a presentation for The Guibord Center, we know that it is going to be something special. Jihad is President of Bayan Claremont, an Islamic graduate school that aims “to produce dynamic and ethical leaders and scholars grounded in the Islamic tradition”. He brings us an engaging sense of humor and a scholar’s depth of understanding of Arabic and Islam delivered in terms that everyone gathered can grasp. Here, packed into two hours, filled with humanity, scholarship and humor, is everything you always wanted to know about Islam beginning with how to greet a Muslim person, to the Five Pillars of Islam, to photos and commentary on what it meant personally to Jihad to go on pilgrimage as a deepening of his faithfulness. You will experience the clear and touching love of Allah articulated by a man devoted to Islam.

The Guibord Center always tries to respect our attendees by beginning and ending programs on time. We stopped the program on time and encouraged people to stay if they choose to ask questions and/or to share in the hospitality. Our film crew shut down the cameras. The team began to wrap up and a crowd gathered around Jihad asking the things that were on their hearts that troubled them about Islam. They asked pointed and useful questions. And Jihad answered. For well over an hour the questions continued and Jihad patiently answered each and every one. Finally he invited those who had stayed to join him in the prayer space as he led the group through Muslim prayers.

The degree of interest that kept many people at The Islamic Center until nearly nightfall tells us that there is a significant hunger for more information. The Guibord Center will continue to be a platform for meaningful discussion and demystification.