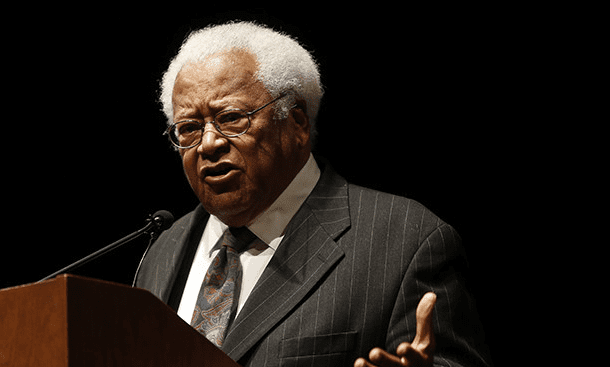 The Rev. James Lawson is internationally recognized as the leading strategist and trainer in the principles of nonviolence to 1960s leaders, as well as being a confidant of the Rev. Dr. Martin Luther King, Jr. Time Magazine listed Rev. Lawson as one of seven icons of the nonviolence movement who paved the way for President Barack Obama’s historic election.  In addition, he has held professorships at institutions including Vanderbilt University, Harvard University, Cal State University Northridge, and UCLA.

A Methodist minister for more than 50 years, Rev. Lawson served as pastor of Holman United Methodist Church, Los Angeles, from 1974 until his retirement in 1999. He remains active with preaching and teaching engagements throughout the country along with conducting nonviolence workshops locally and overseas.  He leads his nonviolence workshop every fourth Saturday at Holman United Methodist Church.