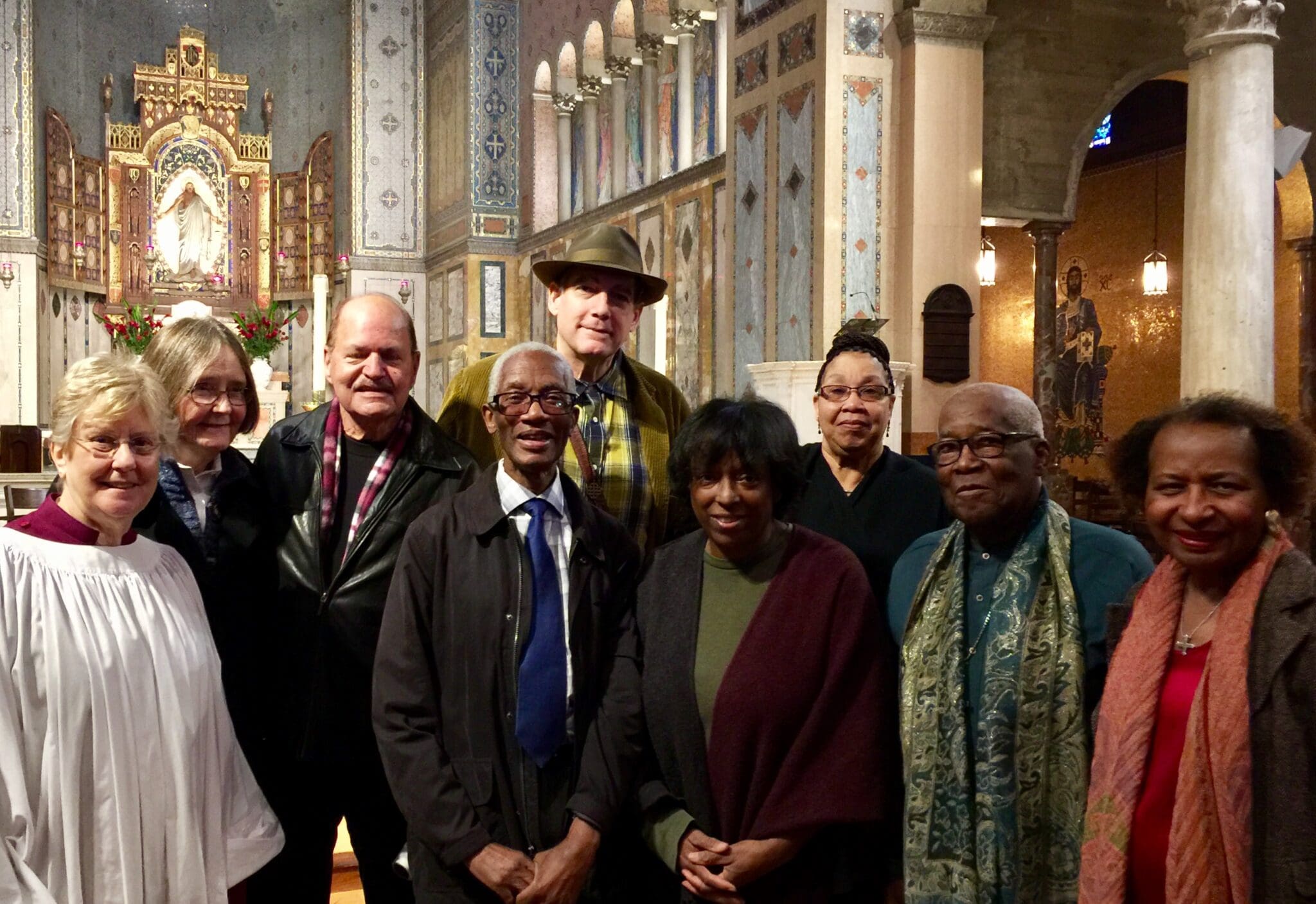 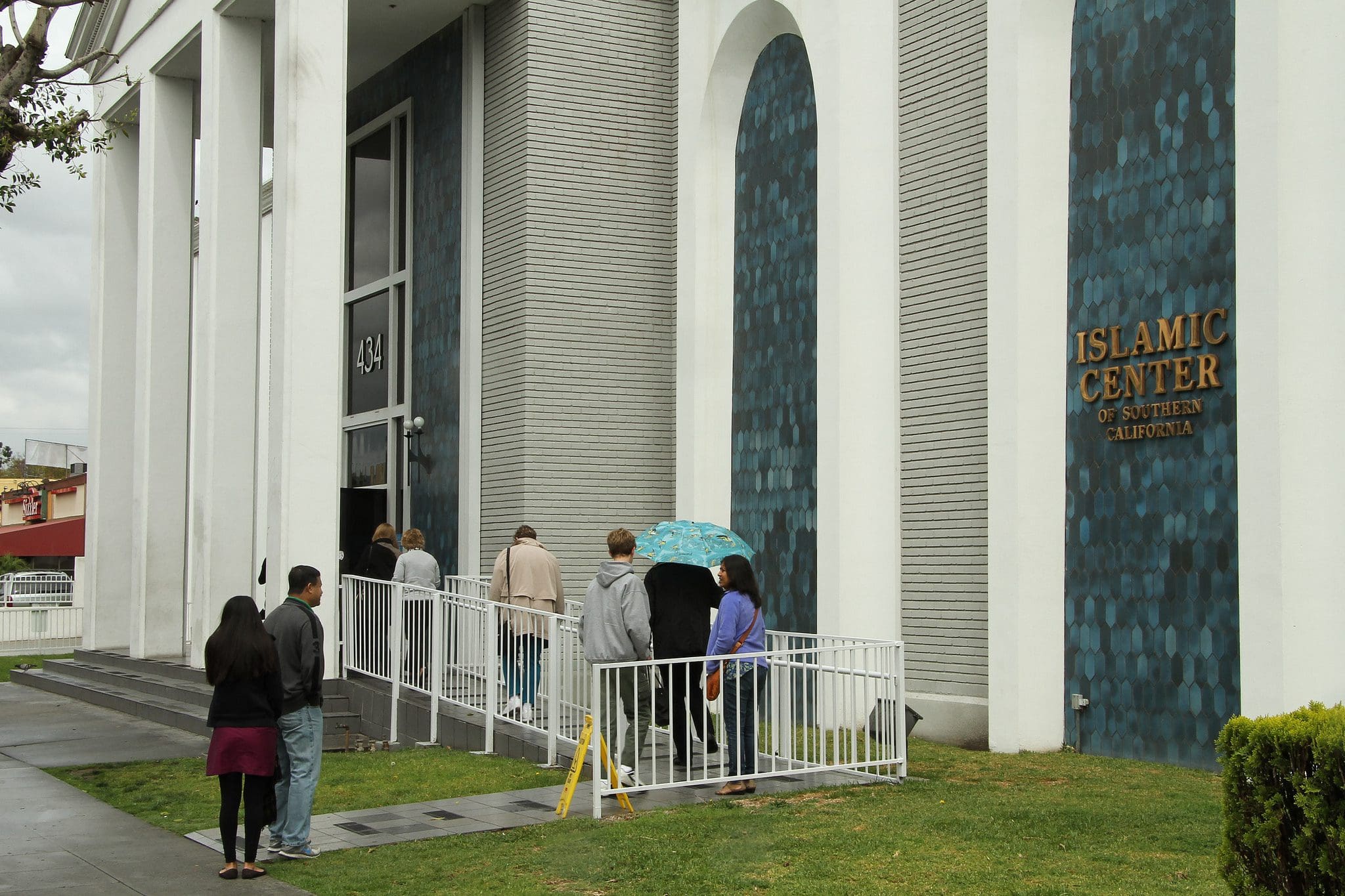 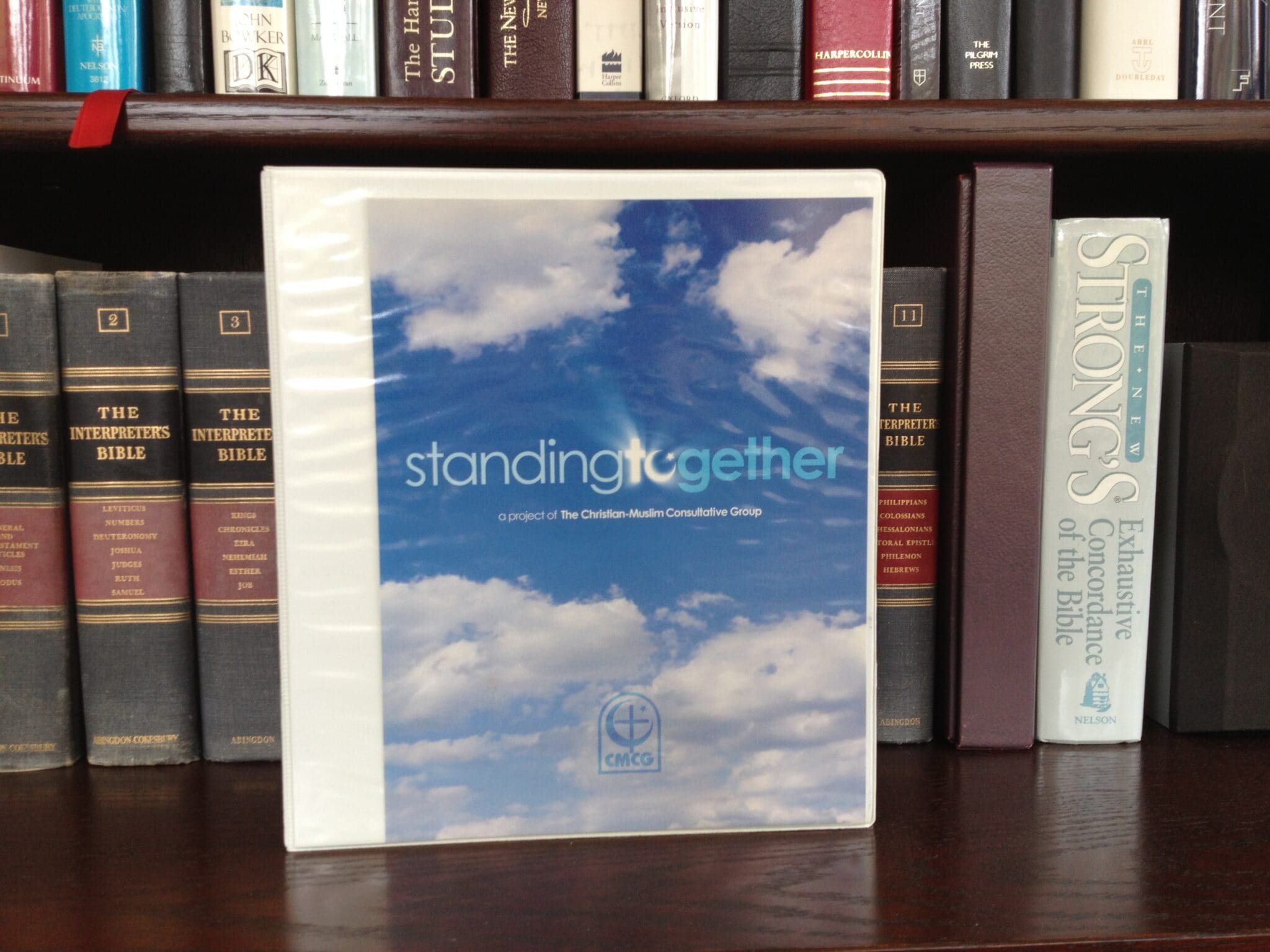 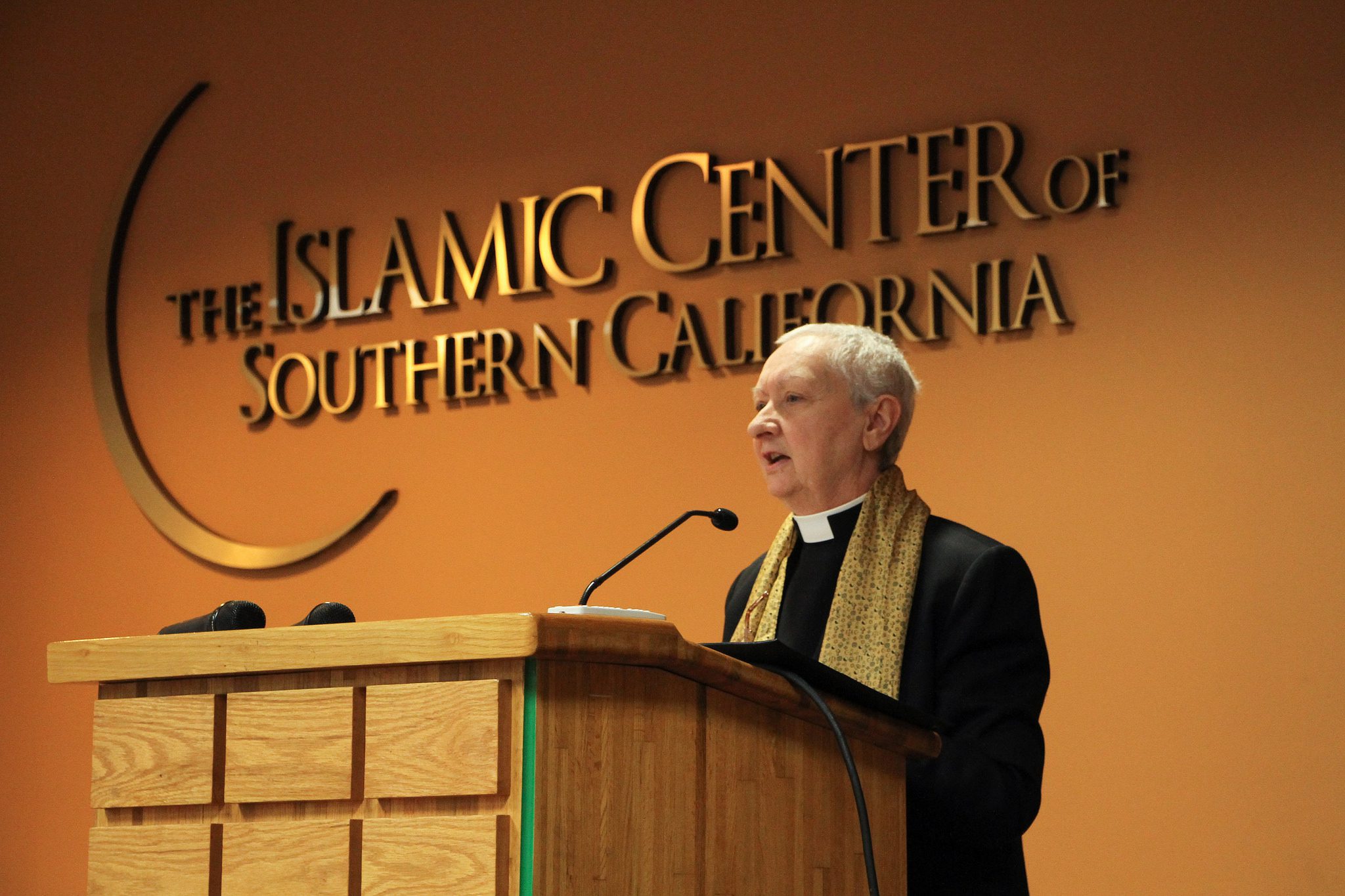 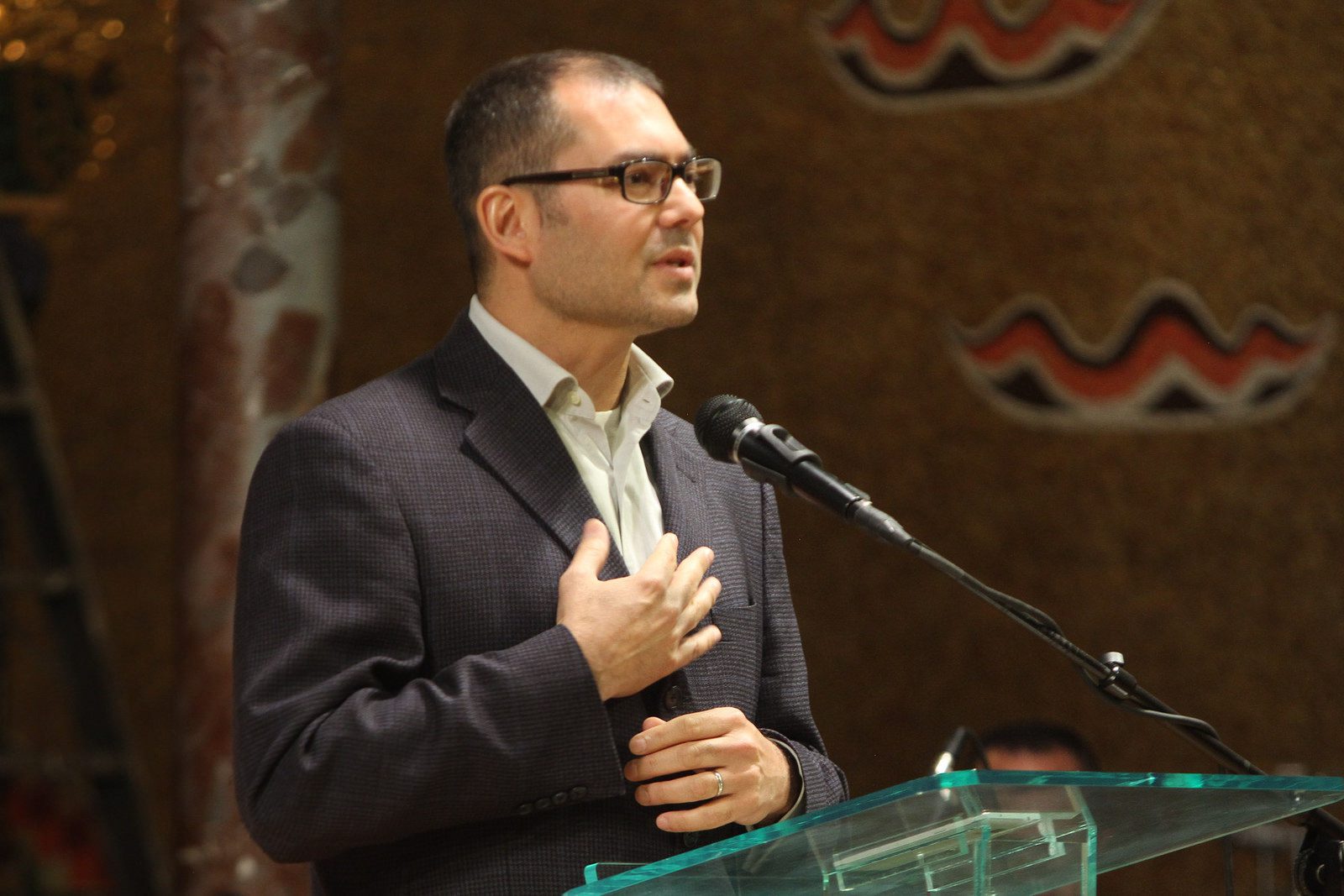 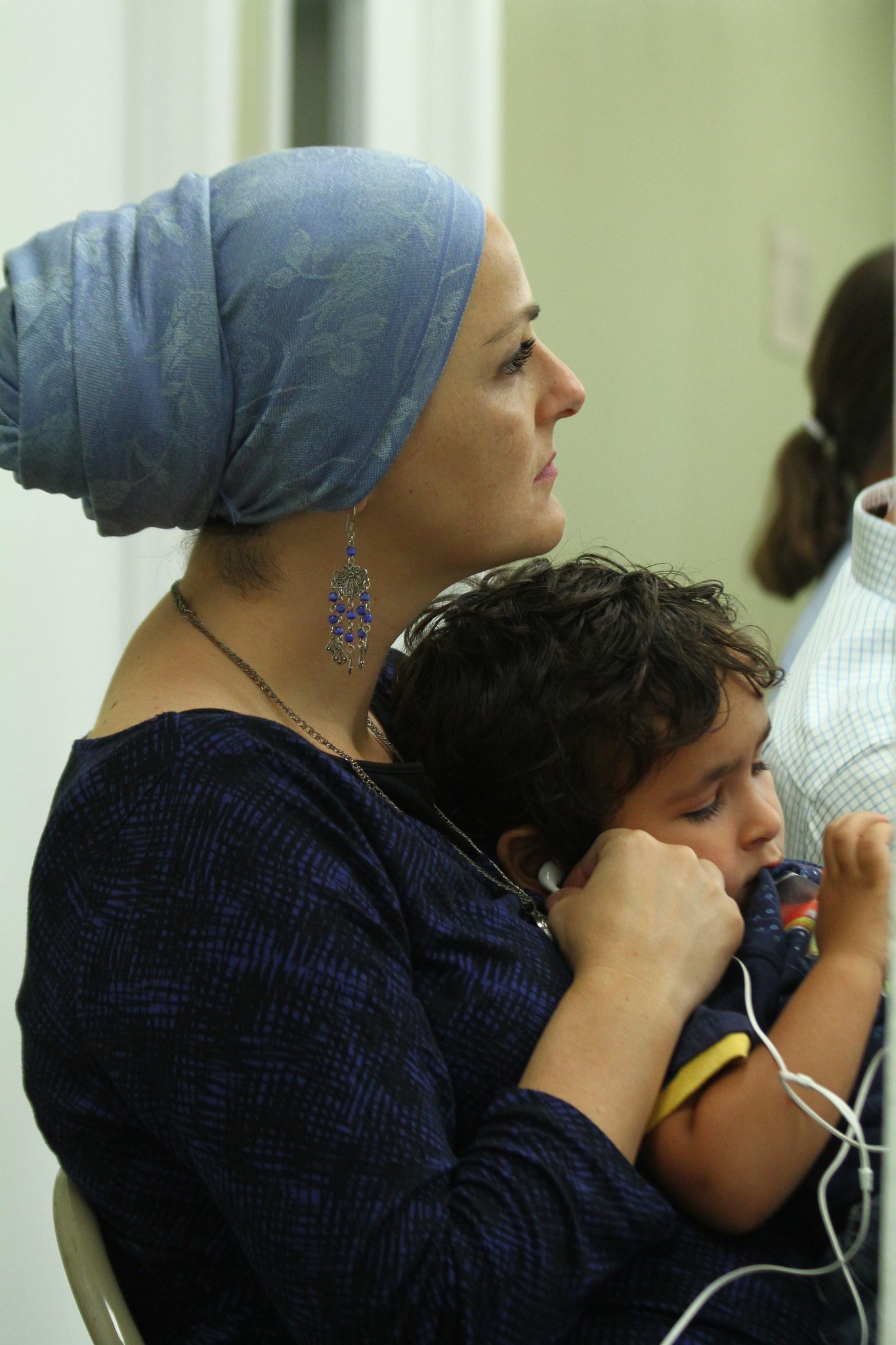 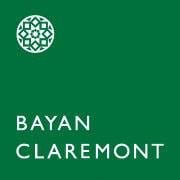 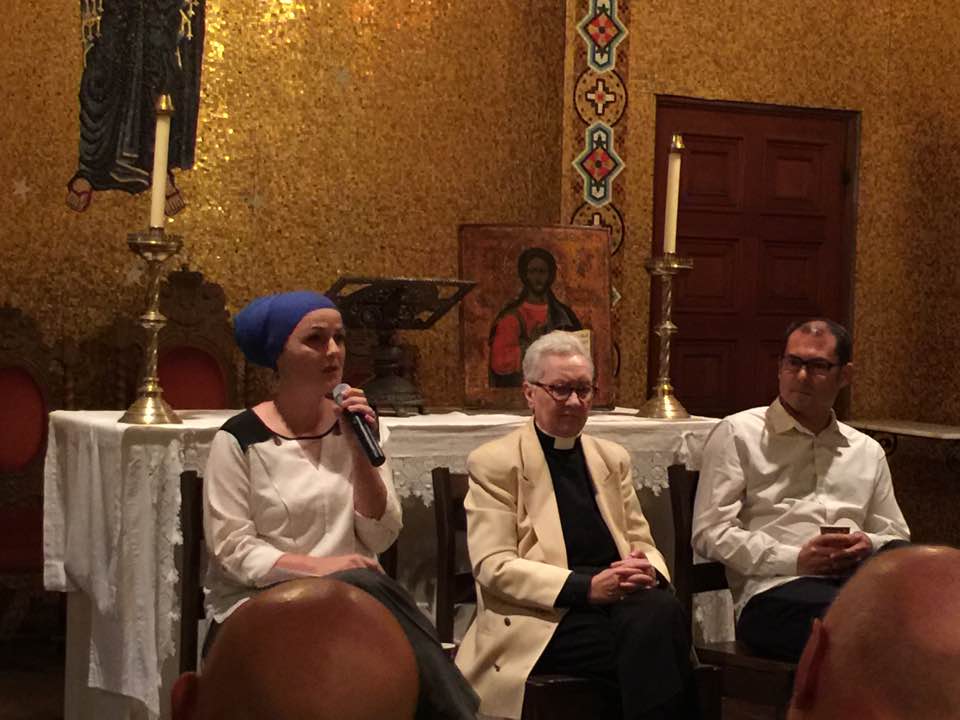 Getting Started: Building a Relationship with the Muslim Community
A Model of Engagement

The leadership and community of St. Johns Cathedral have long been interested in getting to know people of all faiths. The Deans of the Cathedral invited Rev. Dr. Gwynne Guibord to house The Guibord Center there when the Center first began and St. Johns has been the site of many of The Guibord Center’s interfaith events over the years. Several years ago now its congregants participated with members of the Islamic Center in a program called Standing Together sponsored by the Christian-Muslim Consultative Group.

This past fall, a number of parishioners approached Fr. Dan Ade to voice their upset and concern about the hateful rhetoric being aimed at Muslims throughout the presidential campaign. “What is this doing to them?” they wanted to know and, “what can we do to help?”

Fr. Dan went straight to Gwynne to ask if any of her Muslim colleagues would be willing to come to St. Johns to share how the animosity of the campaign was effecting them in their daily lives. Gwynne responded immediately by turning to two of The Guibord Center’s Advisory Council Members who agreed right away to come.  [If you are interested in learning more about the Muslim experience in your own community, you can respectfully inquire if the leadership of any local Muslim organization would be willing to come to speak with your group. They will usually be honored and touched that you want to know more about them. Contact The Guibord Center if you need assistance.]

So it was that on a bright Sunday morning in late October following the 11AM Mass, Gwynne introduced everyone to her dear friends and colleagues, Edina Lekovic, wife and mother and Communication Spokesperson for the Muslim Public Affairs Council and Imam Jihad Turk, husband, father and former Director of The Islamic Center of Southern California and current President of Bayan Claremont University, a Muslim graduate school.

Both Edina and Jihad spoke first as parents about their painful conversations with and about their own children and about the ways they strategize with their spouses to create and seek environments that keep their children safe – emotionally and physically. Heads nodded in the group as mothers and fathers in the group anguished – and laughed – with them.

They both told heart-aching stories of how political rhetoric has tragic, human consequences by both frightening and empowering people to attack strangers. Edina shared the sobering awareness that knowledge alone does not change people’s minds and hearts; it is knowing a Muslim as a real person that does.

Jihad shared facts and figures and much more about American Muslims. He talked openly about the dangers of radicalization and what the community is doing to combat it. He spoke about the need to train imams to share in leadership to better serve the community in partnership with other faith leaders. And he confessed that Gwynne is his “more progressive mom”  who has always worked along side him to “seek out whatever we can do as people of faith to heal our country and lead the way with moral authority.”

They told stories, answered questions, and engaged the group.

Parishioners were touched and wanted to know how they could help.

“Speak up!” they both replied, “whenever you’re in a conversation with bigotry.”

“Share the positive stories about American Muslims on social media.”

“Amplify the voice of people who need amplification.”

Our time for the initial conversation flew by. Fr. Dan ended it by saying that the group now needed to come back together to figure out what they were willing to do.

“Our doors and our hearts are always open to you,” he said on behalf of us all.

The following Sunday as promised the group gathered again to explore what they could do. It was agreed that in the spring, many would form a new group to pair with a group from The Islamic Center to do The Christian-Muslim Consultative Group’s structured program of getting to know one another. It was also decided that since the Election was the following Tuesday, everyone who was willing, after weighing the seriousness of the risk, would provide their contact information and be ready if necessary, to show up on the steps on the Islamic Center the following Friday in an act of solidarity and support for our Muslim neighbors – if the Islamic Center’s leadership agreed. (One does not just arrive at a mosque or place of worship without working with their leadership first. Reach out.)

And so, on the Friday immediately following the Election of 2016, there we were, joined by many others.