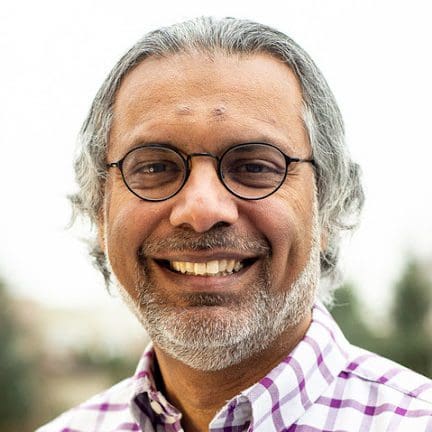 Mohamed Dewji was born in Kenya and has been living in Canada since 1976. Mohamed’s engagement with his mosque community began at the age of 16 as a Sunday School Instructor at the Az-Zahraa Islamic Centre.  Since then, he has held various administrative roles at the Centre, including two terms as Vice-President.  A founding member of the Az-Zahraa Islamic Academy, he was also the Board Chair from 1999 to 2008.

In 2016, Mohamed served as President of NASIMCO, an umbrella organization serving Shi’i Muslim communities across North America.  Most recently, he and his wife, Fatema, have set up The Rahma Foundation to support refugee claimants and women fleeing abuse with food, shelter, education, and peer counseling.  Now semi-retired from his career in pharmacy, Mohamed has facilitated various programs, including Leadership Development and Compassionate Integrity Training.  He loves hiking mountains, traveling, listening to Qawalli music, and reading Sufi poetry.