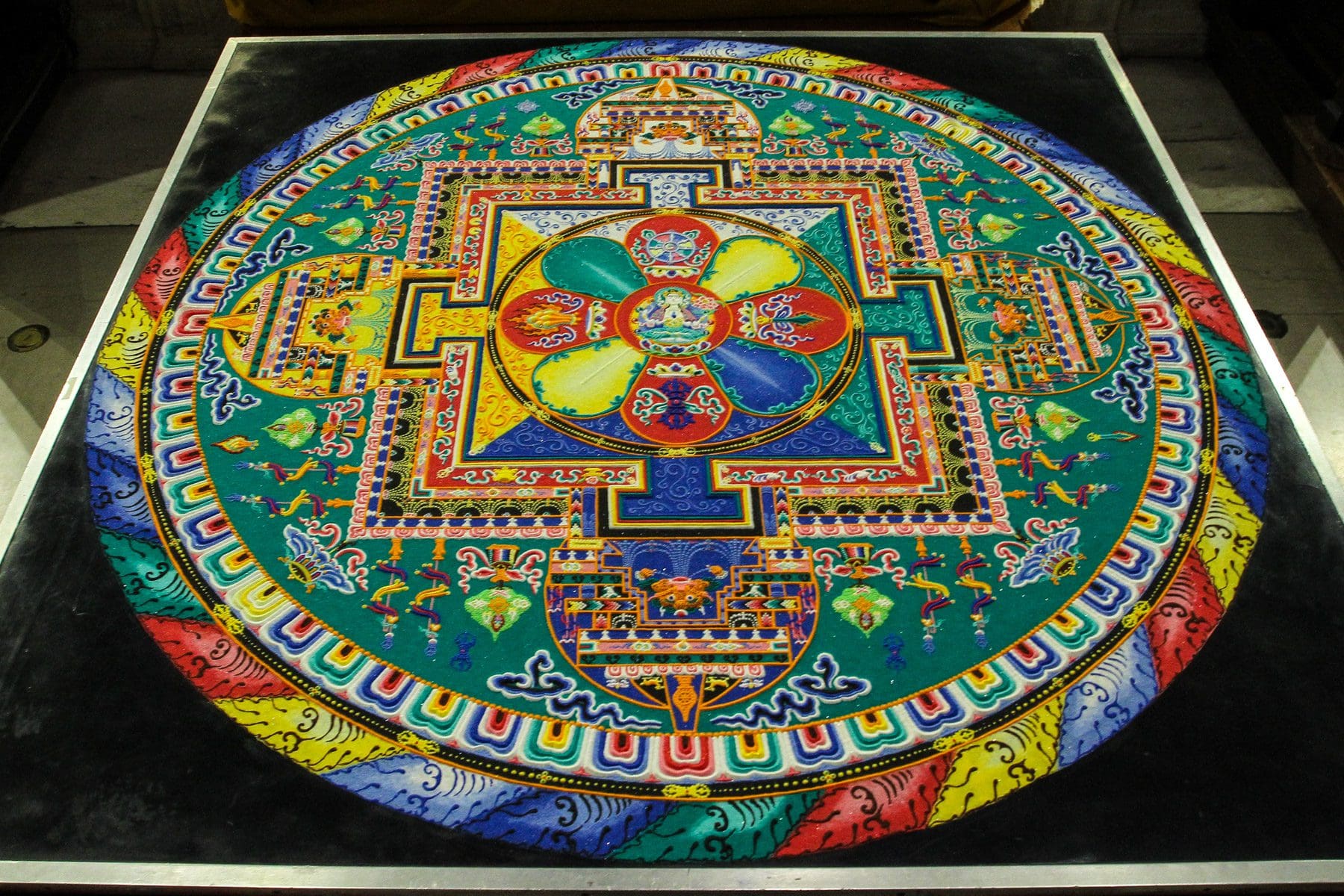 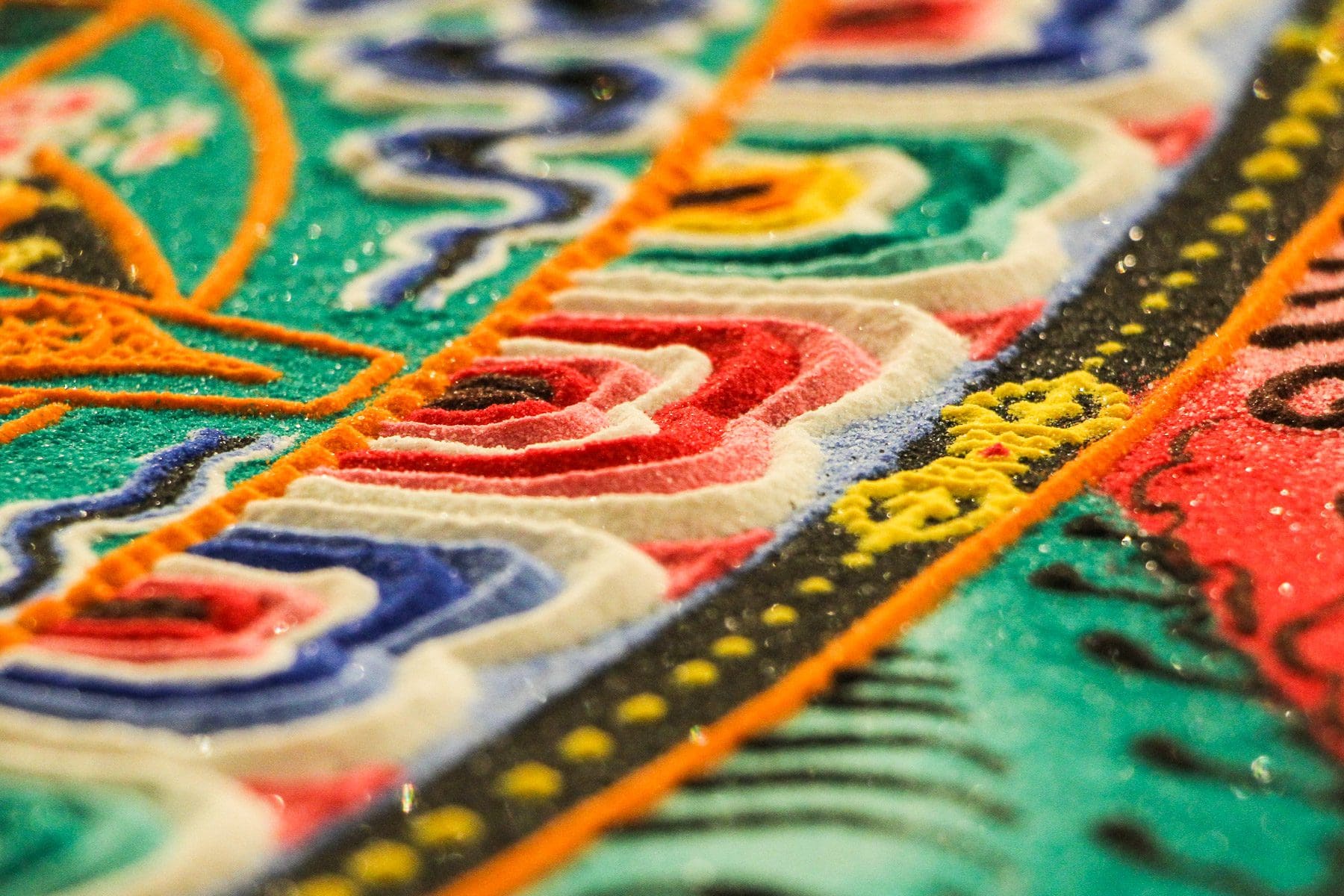 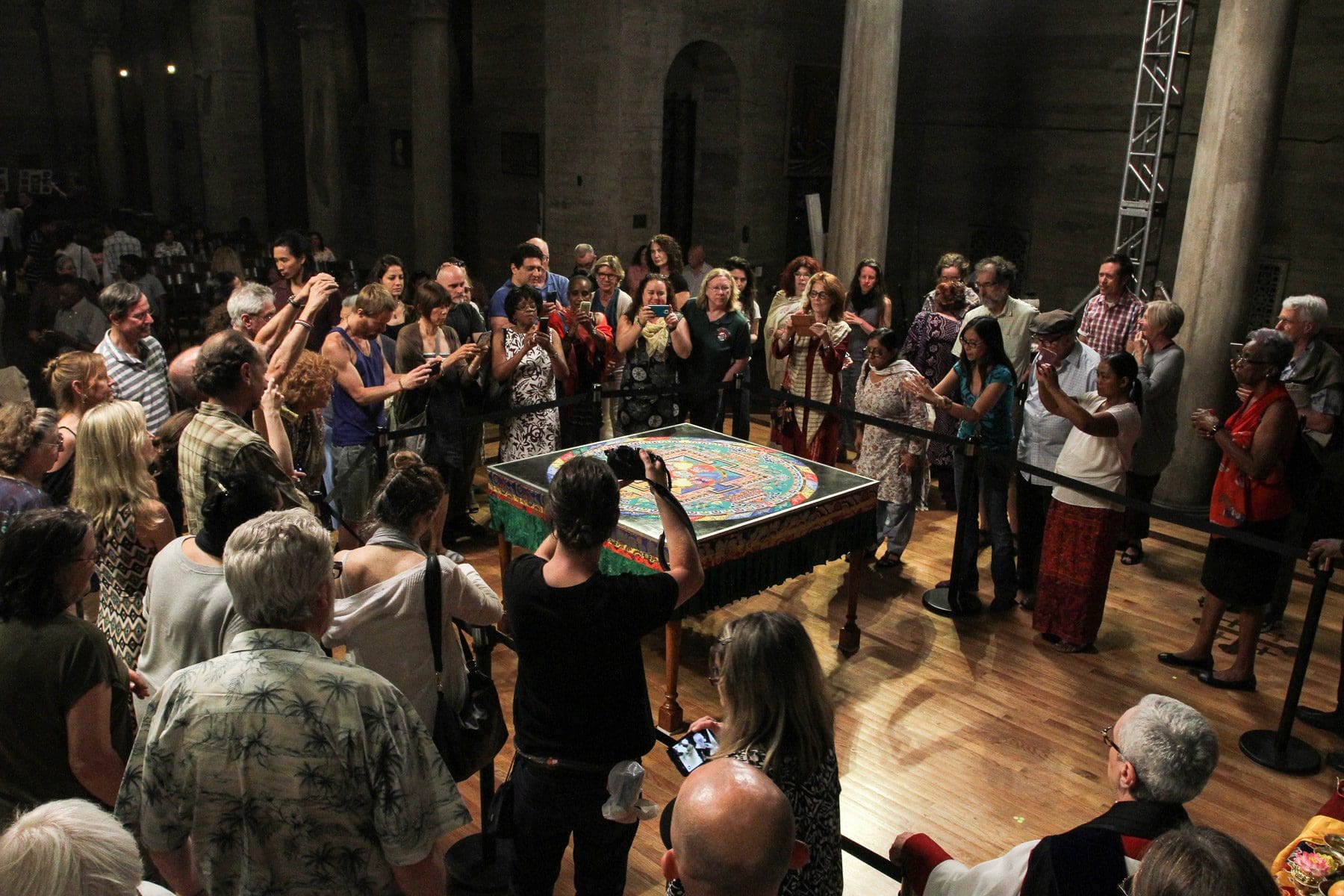 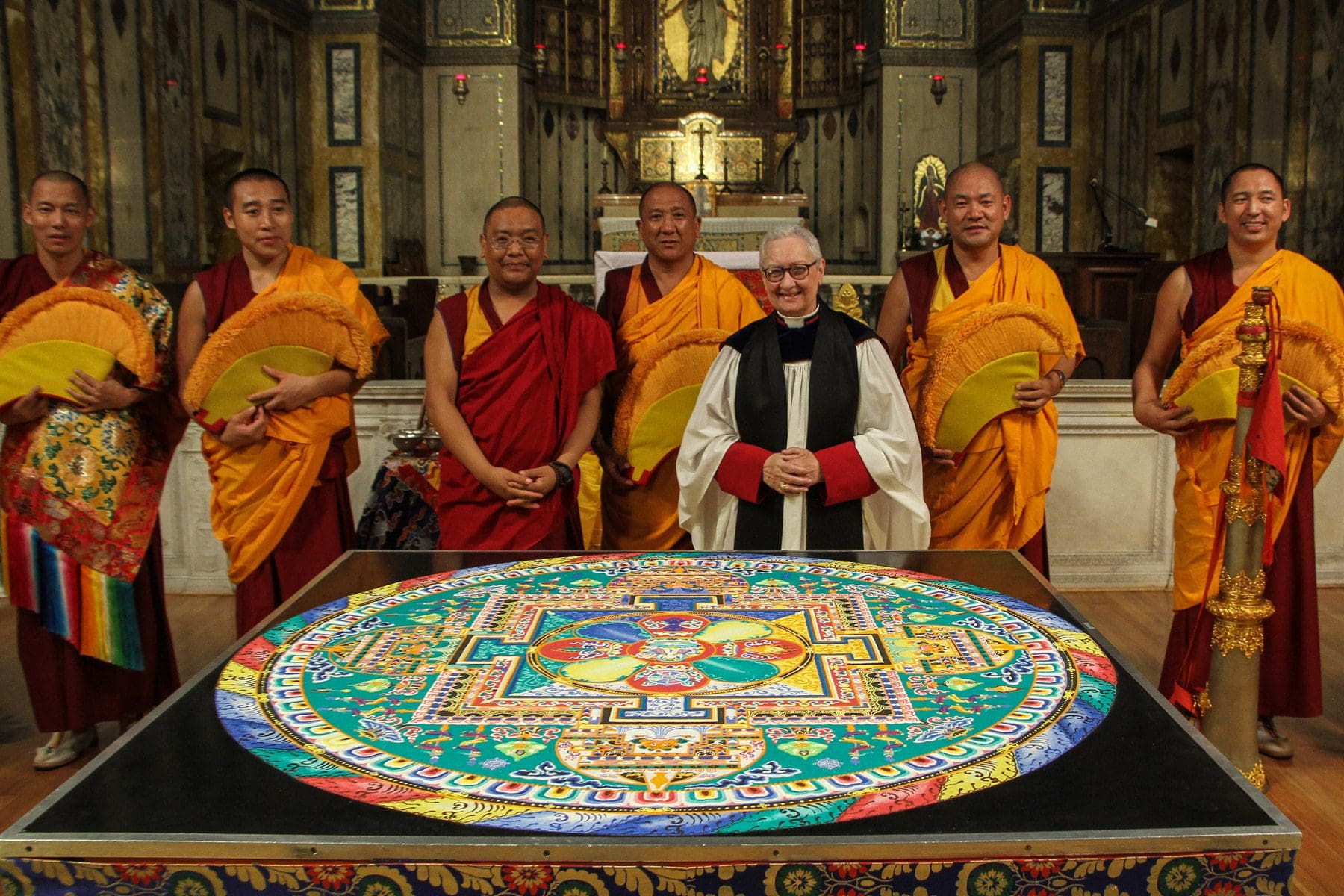 A Week of Spirituality
with the Mystical Arts of Tibet

The Beginning – The Mandala of Compassion

When the Rev. Dr. Gwynne Guibord saw a photograph of the Tibetan monks of Drepung Loseling Monastery standing beside the Mandala of Compassion, she knew right away she would bring them to Los Angeles.

Compassion is at the heart of all the world’s great religions. However, it’s not something we often explore or actively pursue. According to Karen Armstrong in The Charter of Compassion, today most people think of compassion as pity, weakness and passivity. In truth, it’s something quite different. Compassion is the willingness to be moved by another’s suffering. To deliberately put that person’s feelings and well being before one’s own. Compassion is an act of courage and selflessness, a discipline, a way of life.

The Guibord Center’s intention is to create immersive experiences that enable people to feel something of another person’s way of being. It was time to invite the Drepung Loseling monks to Los Angeles to spend a week among us. By doing so, we could experience their ancient tradition of manifesting compassion and global healing through prayerfully placing millions of grains of brightly colored sand, hour by hour and day by day, into an exquisite mystical pattern, only to sweep it away once completed.

We had much to learn.

The Monks of the Mystical Arts of Tibet

“Drepung Loseling Monastery was established hundreds of years ago high up in the rugged mountains near Lhasa, Tibet, the traditional home of His Holiness, the Dalai Lama.

“When the Chinese invaded in 1959, and destroyed or closed down the thousands of monasteries throughout Tibet, a few hundred of the monks escaped to Southern India where they were later joined by other escapees. There they began rebuilding their monastery and preserving their ancient, sacred way of life. In 1988, with the help of Richard Gere, they launched The Mystical Arts of Tibet, a world tour endorsed by His Holiness the Dalai Lama to promote world peace and healing by sharing Tibet’s rich and authentic sacred performing and visual arts with modern audiences. [It] offers a rare opportunity to witness one of the world’s most ancient sacred traditions presented by a group of monks for whom these traditions are a way of life.” www.mysticalartsoftibet.org