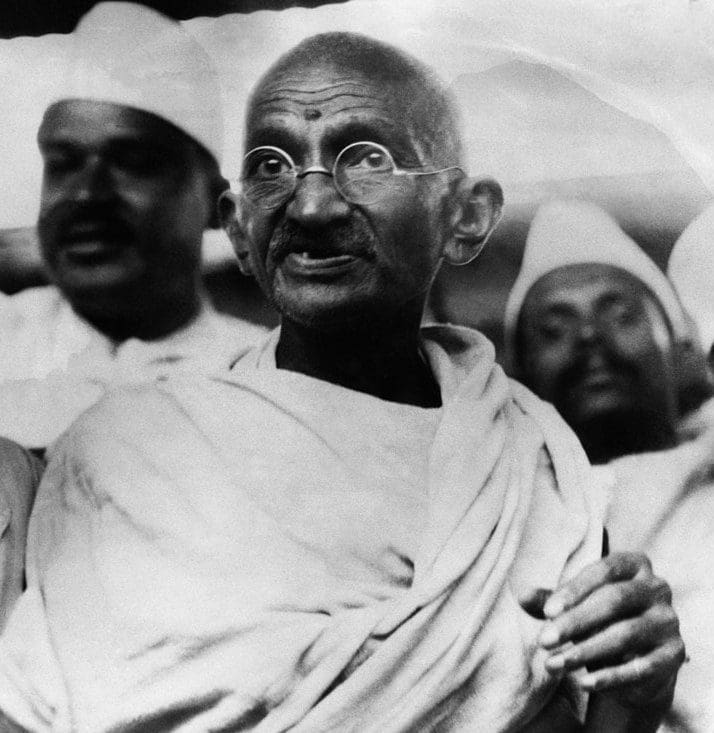 Gandhi grew up in Vaishnavism, a form of Hinduism devoted to the god Vishnu, and Jainism, an Indian religion. Both faiths influenced his later commitment to nonviolence, fasting, and vegetarianism. After studying law in London, he went to South Africa to work and soon saw appalling bias against Black and Indian residents.

In June 1893, Gandhi was removed from a train for refusing to move to the back. That moment launched what became a lifetime of activism. Nine years later, South Africa imposed new restrictions on Indian residents. In response, Gandhi organized his first civil-disobedience campaign, which he called satyagraha (“truth and firmness”).

After returning to India in 1914, Gandhi founded an ashram and lived a life of prayer, fasting, and meditation. He became known as Mahatma, “great soul.” In 1919, when the Rowlatt Act enabled British authorities to arrest suspected rebels without trial, he launched a satyagraha campaign. Violence broke out and the British killed almost 400 unarmed protesters. In response, Mahatma Gandhi became a full-fledged independence activist and leader of the Indian National Congress.

Over the next decades, the Mahatma led peaceful boycotts, demonstrations, and hunger strikes against the British. Imprisoned several times, he stepped away from politics at other points. In 1947, the Congress Party and Muslim League began independence talks with the new Labor Party administration in Britain. Britain granted India independence in July, but divided the country into India and Pakistan (known as Partition). Although Gandhi opposed the split, he agreed to it with hopes for peaceful Hindu-Muslim relations. In the wake of Partition, massive rioting broke out and he went on hunger strikes to stop the violence.

On January 30, 1948, an assassin shot and killed the man known around the world for nonviolence. Almost a million people followed Mahatma Gandhi’s body through the streets to the Jumna River, where he was cremated. 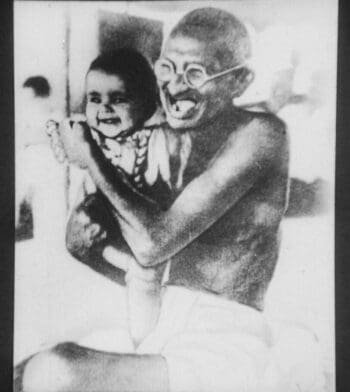 Love is the strongest force the world possesses. 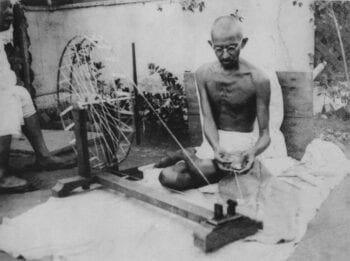 Nonviolence is not a garment to be put on and off at will. Its seat is in the heart, and it must be an inseparable part of our being. 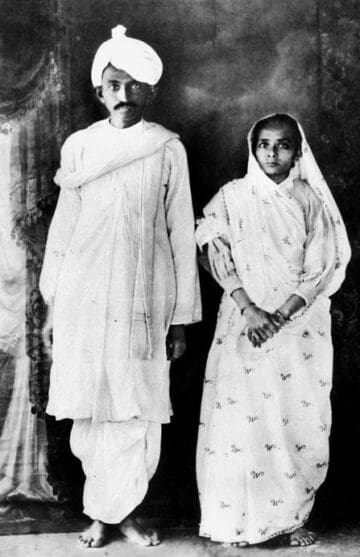 Woman is the companion of man, gifted with equal mental capacity…If by strength is meant moral power, then woman is immeasurably man’s superior…If nonviolence is the law of our being, the future is with women. 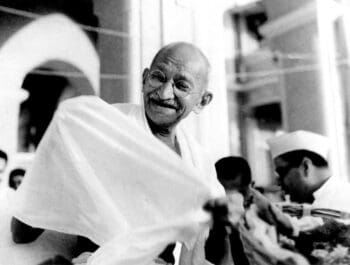 Nonviolence is the greatest force at the disposal of mankind. It is mightier than the mightiest weapon of destruction devised by the ingenuity of man. If I were asked to define the Hindu creed, I should simply say: Search after Truth through non-violent means. Hinduism is a relentless pursuit after truth. 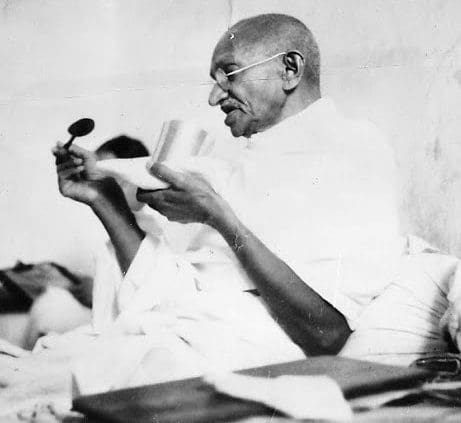 When I despair, I remember that all through history the way of truth and love has always won.

Nonviolence and truth are inseparable and presuppose one another.