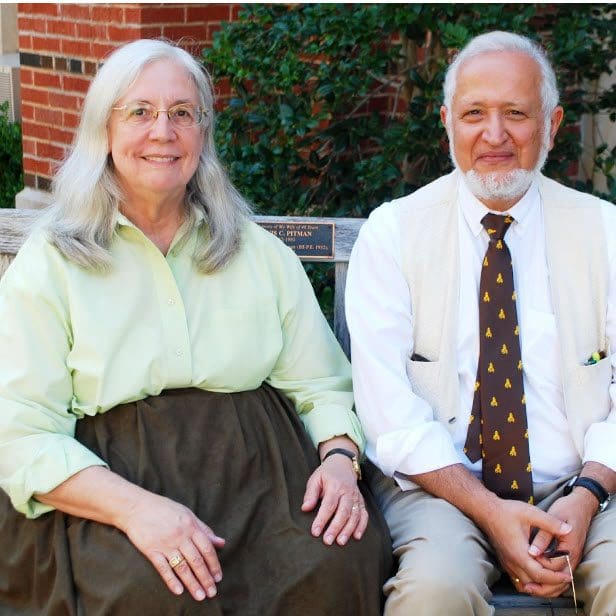 Janet K. Allen holds the John and Mary Moore Chair in the School of Industrial and Systems Engineering. Farrokh Mistree holds the L. A. Comp Chair in the School of Aerospace and Mechanical Engineering at the University of Oklahoma in Norman, Oklahoma. Both have been recognized as being in the top 100,000 most impactful researchers (all fields) in a study by Stanford University faculty. Both are Fellows of the American Society of Mechanical Engineers.  They co-direct the Systems Realization Laboratory @ OU, a multicultural, multidisciplinary academic family focused on educating the next generation of professors.

Janet (Unitarian) and Farrokh (Zoroastrian) were involved in starting Zoroastrian Sunday Schools in Sydney (Australia), Houston, and Atlanta. Their adult children are leaders in their local Zoroastrian community.  FEZANA recognized FarrokhFEZANA as the Outstanding Zarathushti Professional for 2021.