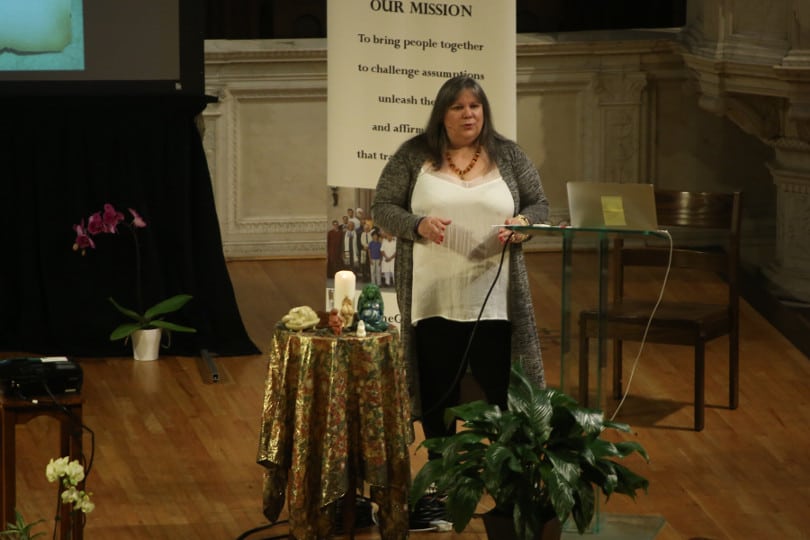 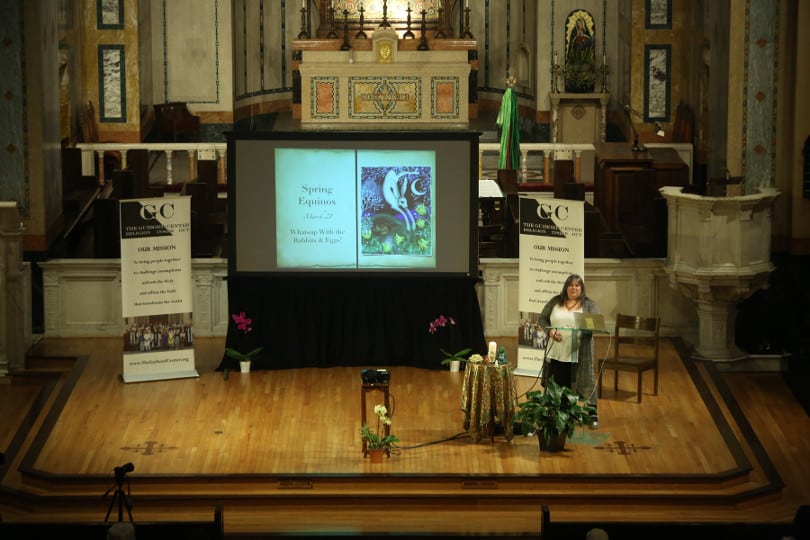 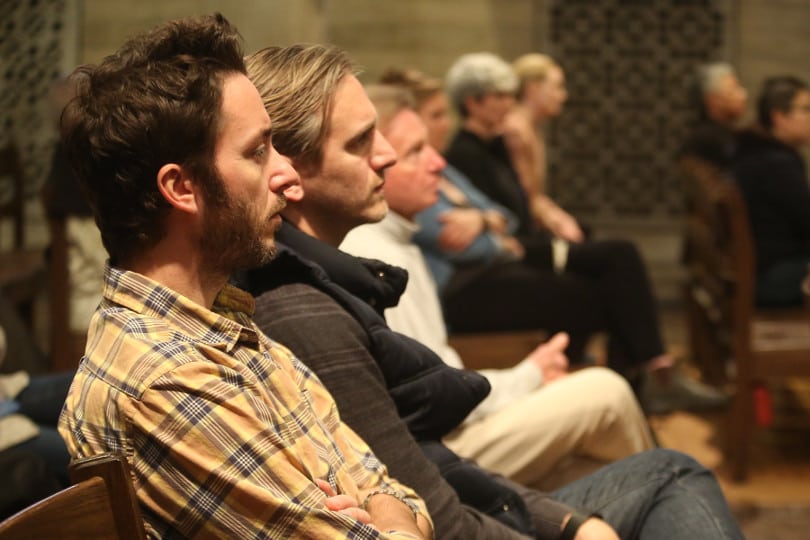 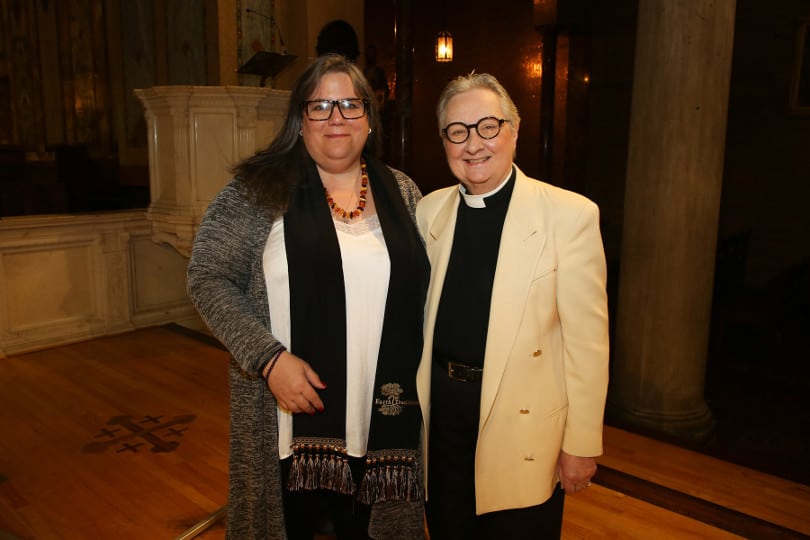 “Pagan Spirituality: When the Voice of the Divine is Female”

Given the divisive times we live in and the fact that most of what we know about Paganism comes from the movies and literature and is the accumulation of centuries of pagans being on the losing side of religious struggles, Rev. Dr. Guibord decided to provide a platform for this community to have a voice. She sought out Rev. Angie Buchanan, an expert in this subject whom she had met through The Parliament of the World’s Religions, to give this presentation.

Rev. Buchanan began effectively, without a word, simply by having gathered the images sacred to Paganism and placing them on a table by the podium: figures of women, carved in the colors of the earth, breasts heavy with milk and wombs bulging with life.  These were not the highly sexualized, svelte, seductive bodies of women that most people think of today. They spoke of something else, something else entirely, the most powerful truth there is: women are the bearers of Life. Every human ever born came through a womb,

Paganism is rooted in the female body, particularly in the womb. It honors Life and the Creation of Life in a way that has been lost to those who are removed from the messiness and miraculousness of birth and the cycles of bleeding that signal the capacity to bring forth life. It taps into the untamed spirit of Nature in a way that feels frightening to those who want to be the master of Nature instead of its servant and partner.

Rev. Buchanan helped us to understand that power and as well that paganism is not satanism. Satan is not a pagan concept. She shared stories and imagery that guided us into the realm of an intimacy with Nature that is at once both foreign and familiar. She pointed out that we do many of the same things that pagans do but we perceive our behavior as wholesome and pagan’s as suspect. The prayer before the high school game that our team will prevail is also a prayer that the other team will not play as well as our own.

Her talk brought integrity to a conversation that needs greater exploration as we grow to know and appreciate one another.

One of the major roles of The Guibord Center is to help us learn about those who are different than ourselves, coming perhaps from a different faith or culture or tradition. We offer the opportunity to meet with leaders who are not only knowledgeable but also devoted to their traditions so we can get past our own prejudices and assumptions to build relationships based on integrity and knowledge.