The Guibord Center’s 101 Series has provided a warm and intimate environment in which people of goodwill can learn about other faiths. That assumption of earnestness and goodwill was challenged moments before the Islam 101 workshop began by a few individuals who attempted to hijack the gathering. As if it were part of the presentation, they handed out an incendiary flyer that disparaged Dr. Maher Hathout’s integrity and put forth radical claims about Islam.

The Rev. Dr. Guibord immediately set the record straight. She reasserted the intention of the series and her support for Dr. Hathout, whose integrity is respected around the world by Muslims and non-Muslims alike.

What follows is a living example of what happens when confrontation meets integrity and honesty.

Dr. Maher Hathout is a leading spokesperson for the American Muslim community, a retired physician best known for his tireless commitment to public service. An international figure, he is highly regarded as a positive voice of Islam, offering a unique and valuable perspective on national and international issues involving Muslims.

After acknowledging Dr. Guibord and the work they have done together, Dr. Hathout affirmed the sense of the integrity and spirituality that emanate “where the name of God is mentioned in abundance.” He then revealed that his talk would be as brief as his notes on a small slip of paper – “Islam in a nutshell.” He would then open the workshop to answer participants’ questions and genuine concerns about Islam.

“I am not here to preach Islam. I am not here to defend Islam even if Islam is attacked. Everybody is entitled to his or her opinion and their beliefs. I give you the vow of honesty. I will answer you whether you like the answer or not, whether it is convincing to you or not, and I take your questions with good spirit. … If anyone has questions of genuine concern, ask me, I will answer with honesty.”

Dr. Hathout spoke not as a stranger or a foreigner explaining the exotic, but an American citizen who is Muslim.

“My wife and I have been in America for 40 years.” he said. “ I coined a definition of ‘home.’  ‘Home is not where your grandparents are buried, home is where your grandchildren are being raised.’”

He spoke to the fact that we need to speak to each other directly otherwise our assumptions and predispositions to expect deception and manipulation lead to relationships that are diseased and not healthy.

Then with gentle humor and disarming candor, this spokesperson for peace and moderation began to lay out an understanding of Islam that was deeply meaningful for most of those gathered.

He began with the linguistic roots of Islam in the Arabic word for “peace”.

“Yes’” he continued, Islam does mean “surrender” but surrender to God through peace.

Many of those in the room familiar with “The Serenity Prayer” nodded, instantly recognizing the great peace that comes through surrendering one’s ego – not to defeat or to oppression but – to the will of God.

“God is God. He is the creator of all things. He is One. He is unique. And nothing is like unto Him. He belongs to no religion. All religions belong to Him.

“The term for God in Arabic is ‘Allah’. There is one God. The notion that we have a different god is a false one.

“God, who created everything; amongst his creation, is the human family.

“So it is one God, one family and one message. And the message … articulated clearly by Abraham was: ‘Believe in God and do good.’

As simple as that.  Everything else is commentary.”

What is “good”? he continued. One does good and serves God by caring for caring for God’s children particularly the vulnerable.

“Without that there is no religion. We dismiss a religion upfront if it is not based on that attitude.”

Being true to his word, Dr. Hathout soon opened the discussion and spoke about the true foundation of Islam rooted in the Quran.  He gave a wonderfully clear presentation on the origin and  history of the Quran and debunked many of the distortions of Islam presented by others as fact.

The highest authority in Islam is the Quran. No authority can get above that including the Prophet and what he said and the Companions.

“The Quran said clearly: ‘Let there be no compulsion in religion.’ In other words, nobody should be compelled to follow a certain religion.”

He answered every one of our questions about so many things that non-Muslims are hungry to understand. He talked about specific misconceptions that circulate about Islam, about the hijacking of all our religions by those who want to manipulate and use them for their own ends of control and of the struggle to educate and wrestle them back to the basics: Believe in God and do good.

He spoke about Islam’s reverence for Jesus and also its differences with Christians.

He talked about Islam filtered through the lens of people crushed by years of oppression and of chauvinistic, uneducated males who have distorted their faith to serve their views as they oppress women and everyone else. He discussed specific abuses justified by ignorant and uneducated reading of the Quran and how he and other scholars are confronting those issues powerfully through their writings.

He spoke of the current confusion in the Middle East, as we all wait to find out whether Islam will be used to serve good or to simply replace the repression of dictatorship with the repression of a religion commandeered by the corrupt.

Dr. Hathout spoke about the Muslim community’s frustration at their inability to get their extraordinary, unequivocal and united multiple and repeated statements against terrorism heard by the American people, as well as their efforts to dispell the profoundly troubling and strange Western mantra that  “jihad” is Holy War…

“There is nothing holy in Islam except God. War is evil, not holy.”

As he spoke throughout his words constantly invited and inspired a deeper engagement in the struggle for all of us to reclaim religion as a real force for healing and for goodness.

“Religion does not kill, “ he said.  “People who are using religion to control are murderers… It is power and control and greed and imperialism and supremacy that are killing people. We need to remedy that by religion, religion that comes and says that each soul carrying the spirit of God is sacred whether it is your enemy or yourself.

In other words, we should temper and remedy violence by religion  – not the other way around.”

“I am imploring you that we should not fight with each other. If anything, we needeach other. Let us fight against the powers of ignorance and darkness that you will find trying to control and hijack all the religions.”

Throughout the centuries there have always been those who have distorted religion in ways antithetical to the very heart of their faith in order to serve their own agenda. The Guibord Center –Religion Inside Out believes that we cannot resolve the real violence of fanaticism by rejecting a religion but rather by instead deepening our understanding of it.  We are committed to bring people together to challenge assumptions, unleash the Holy and affirm the faith that transforms the world. 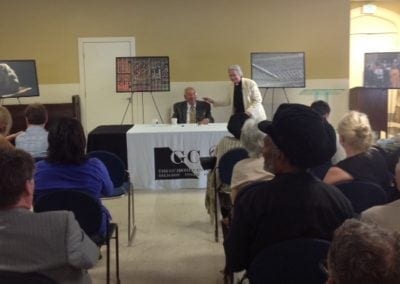 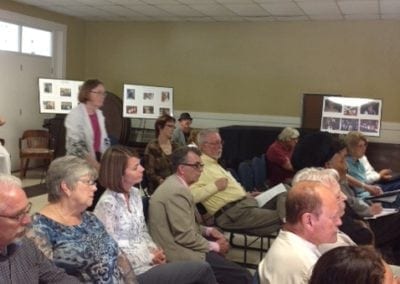 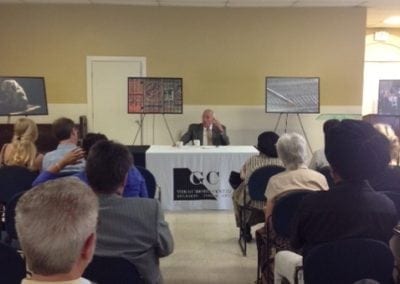 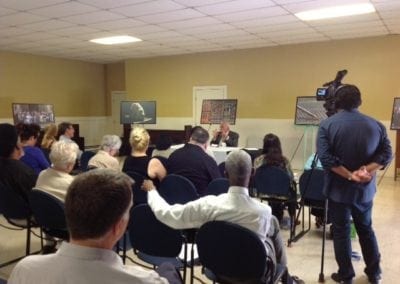 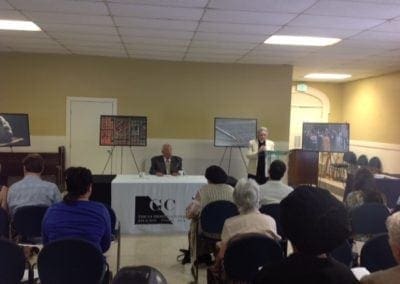 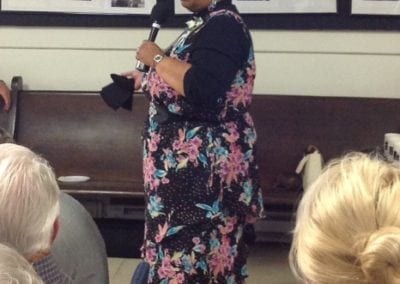 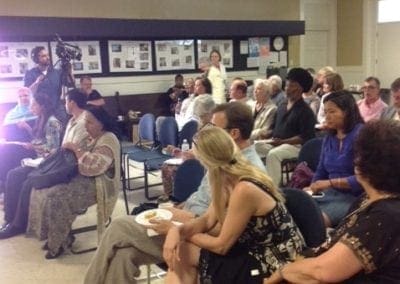