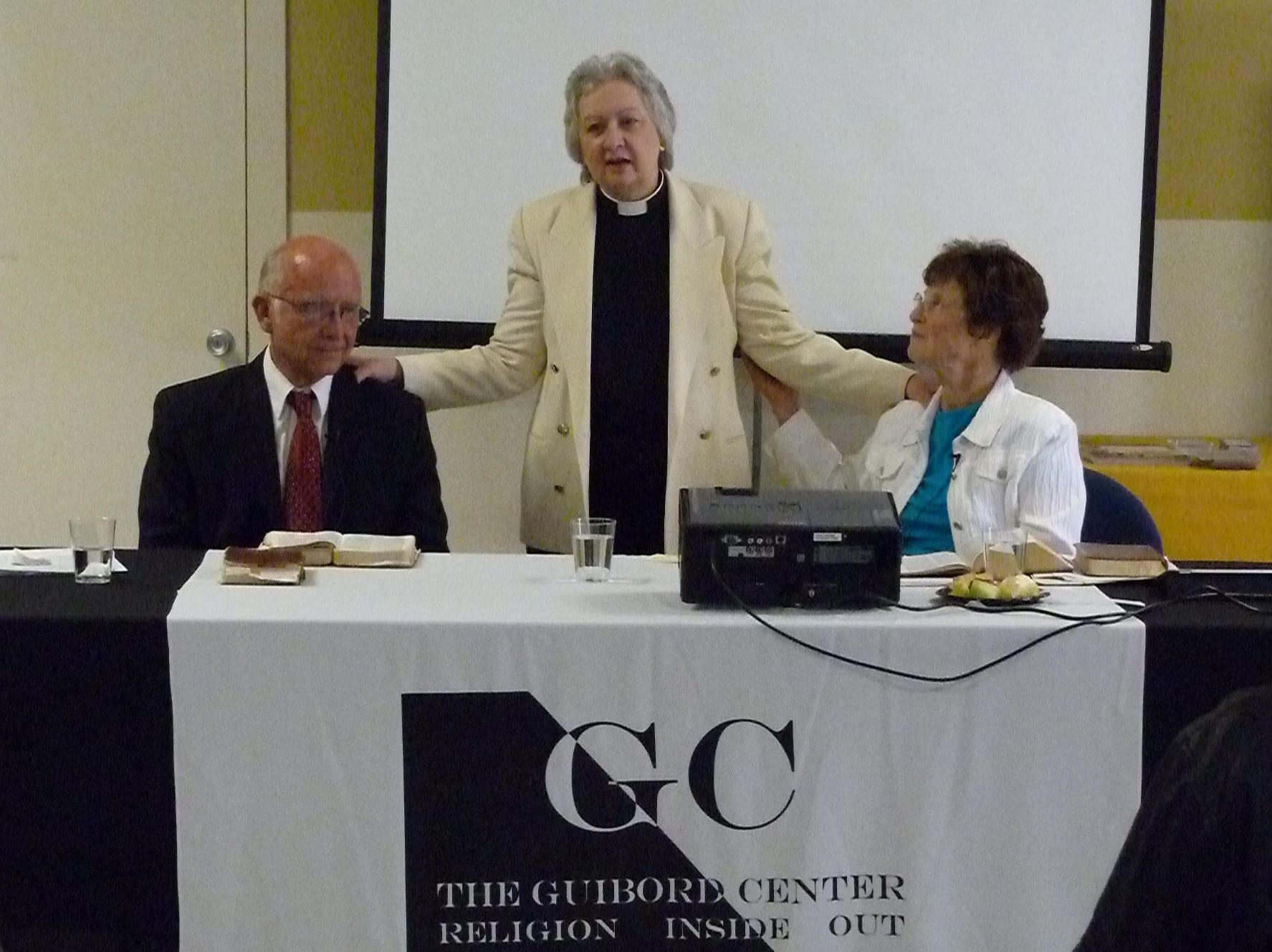 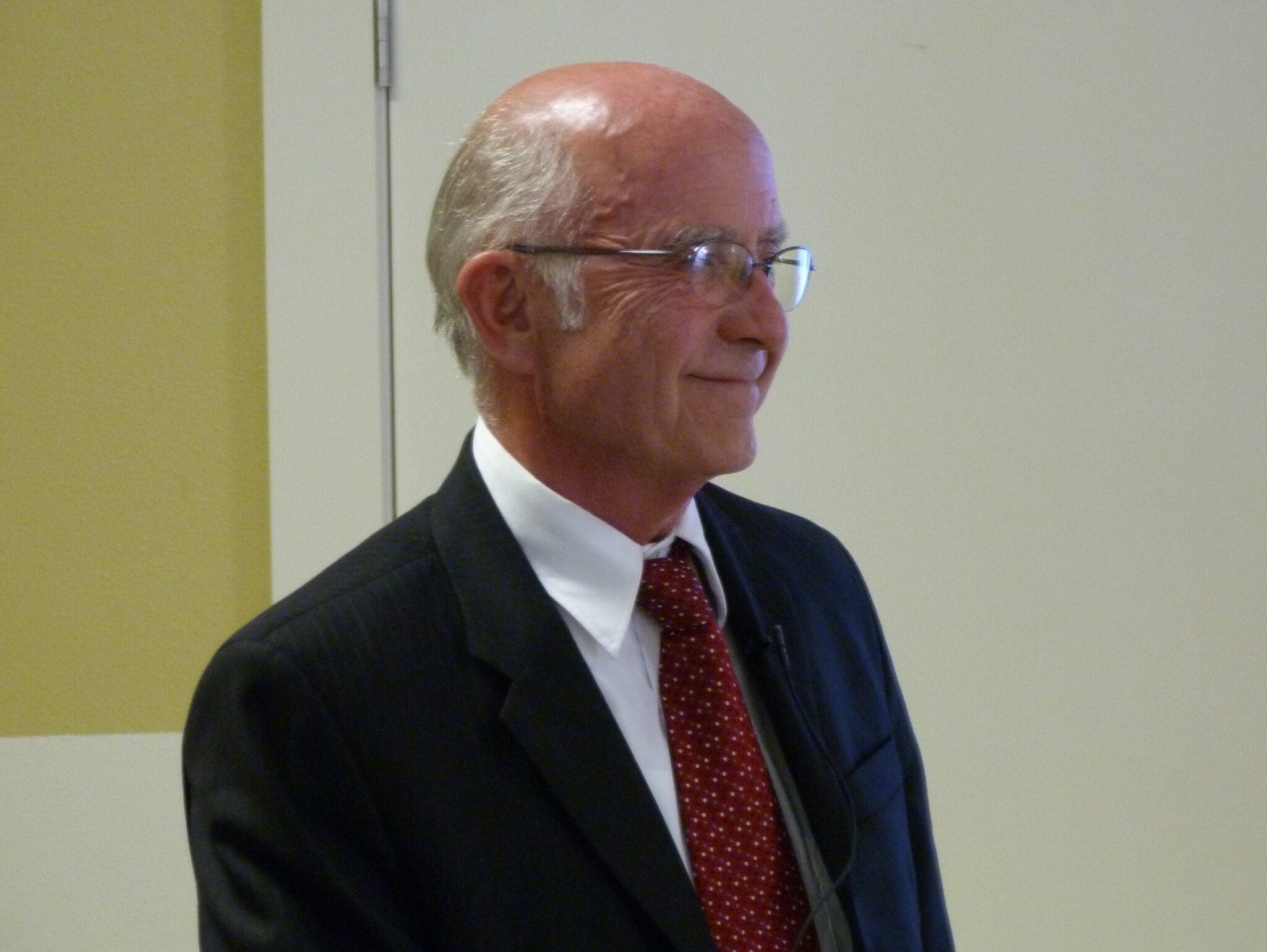 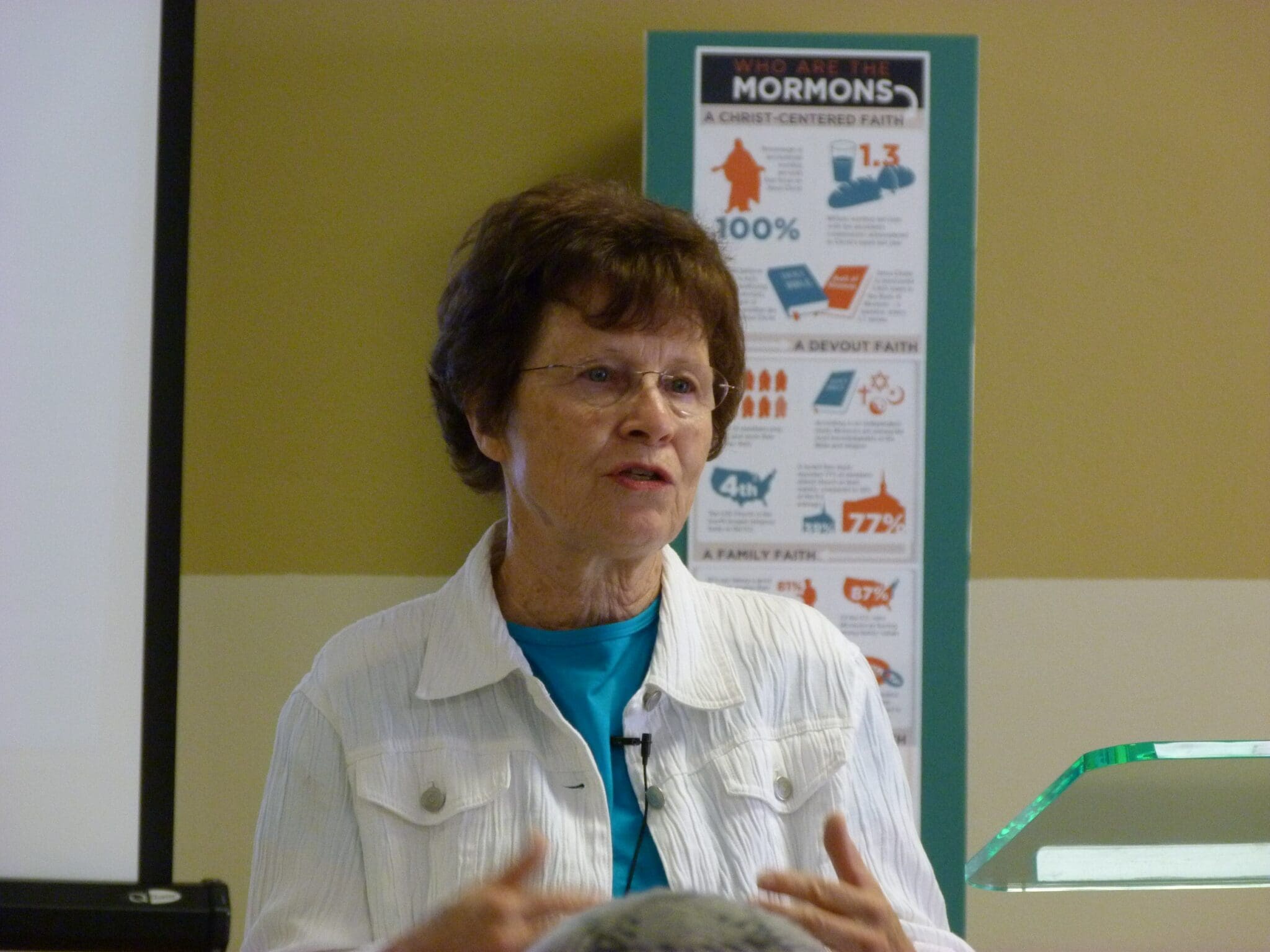 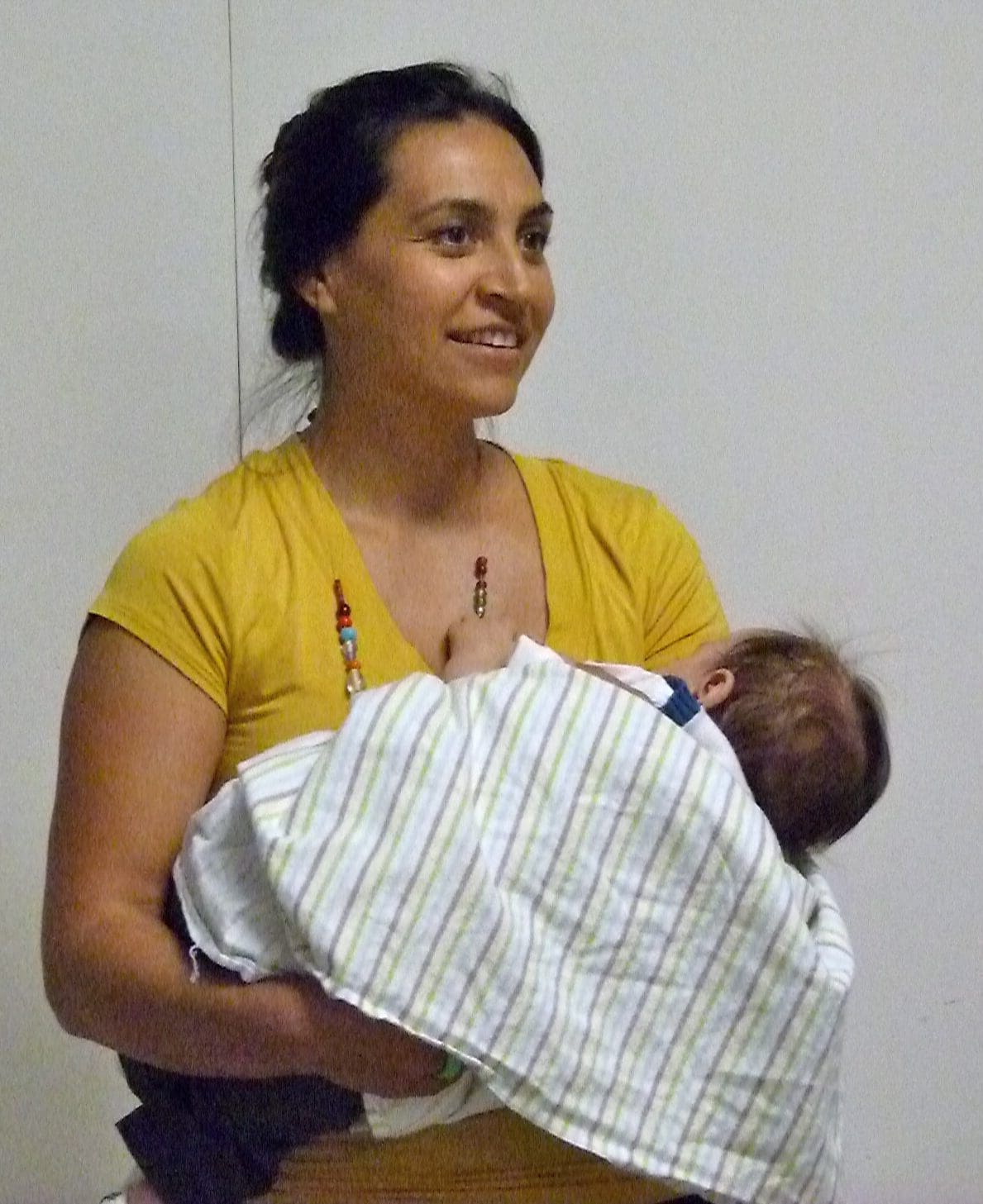 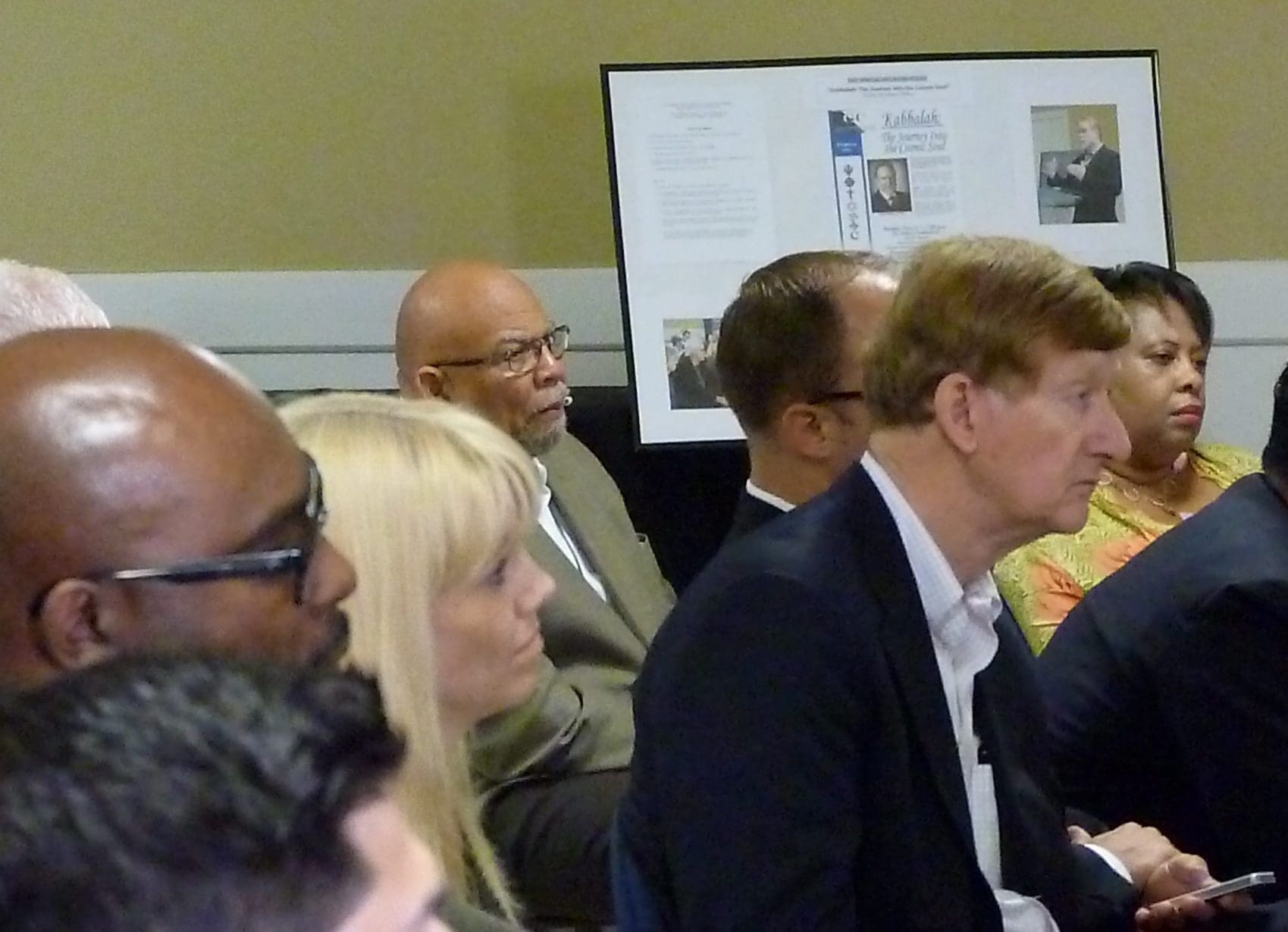 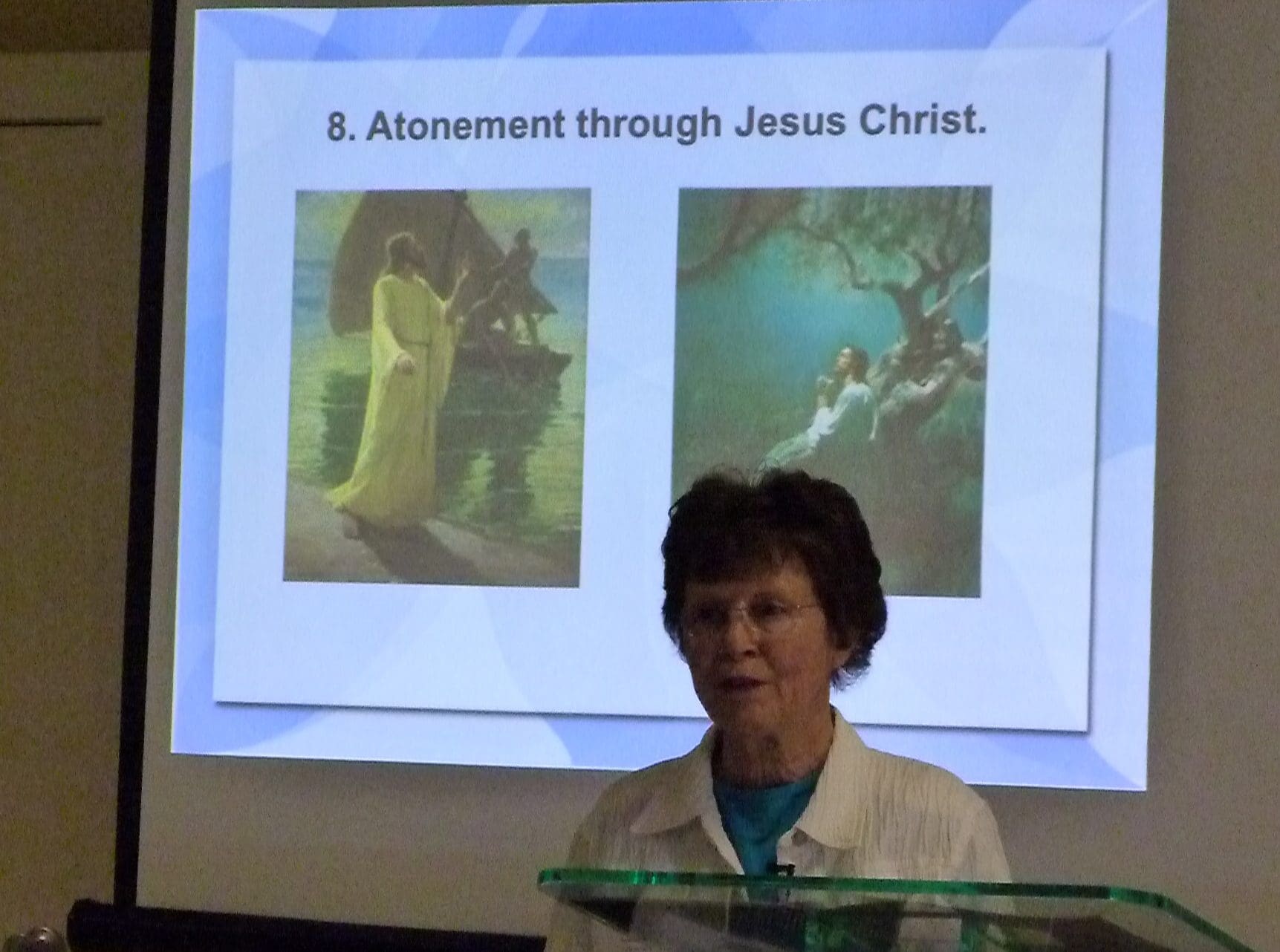 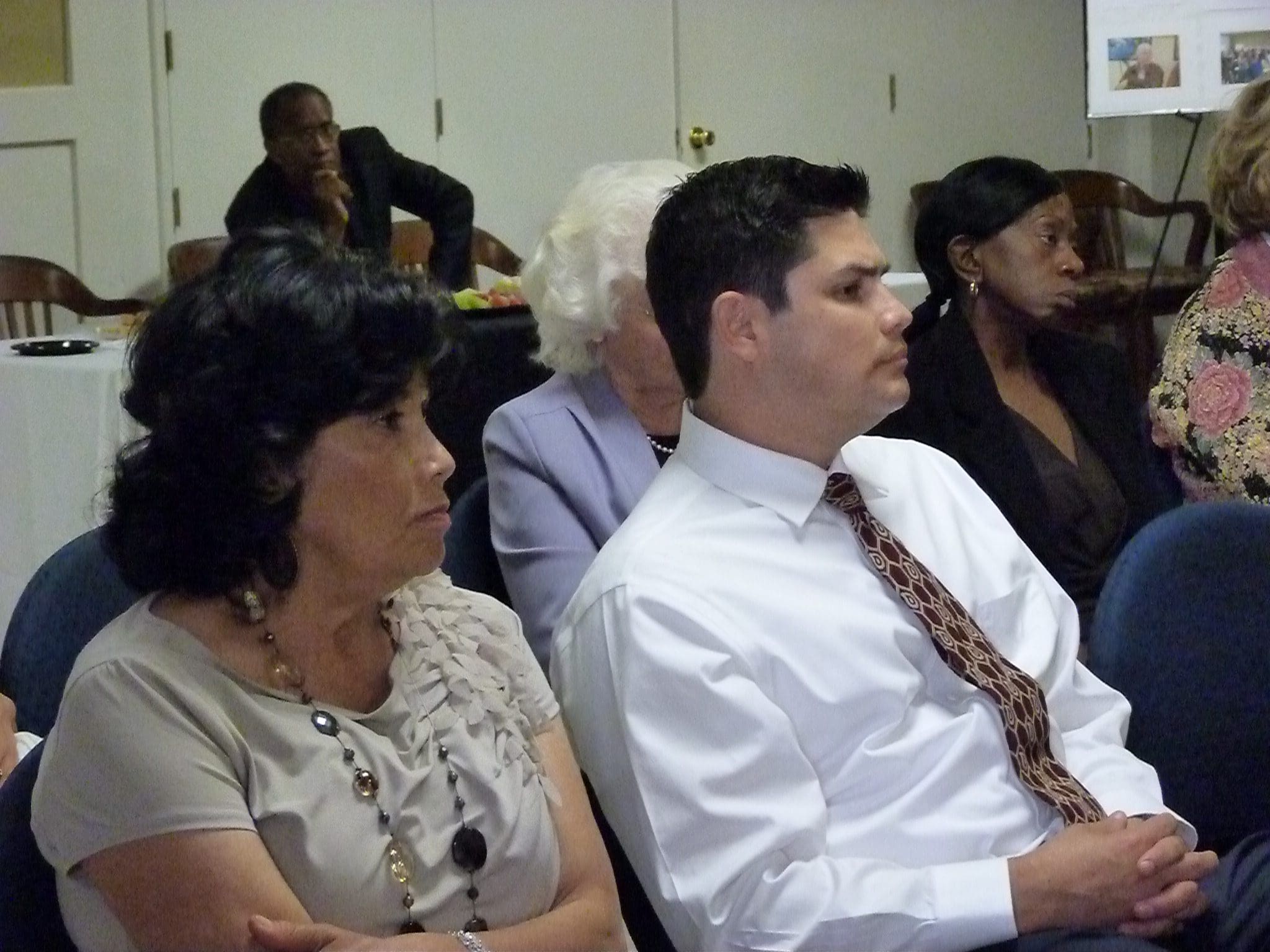 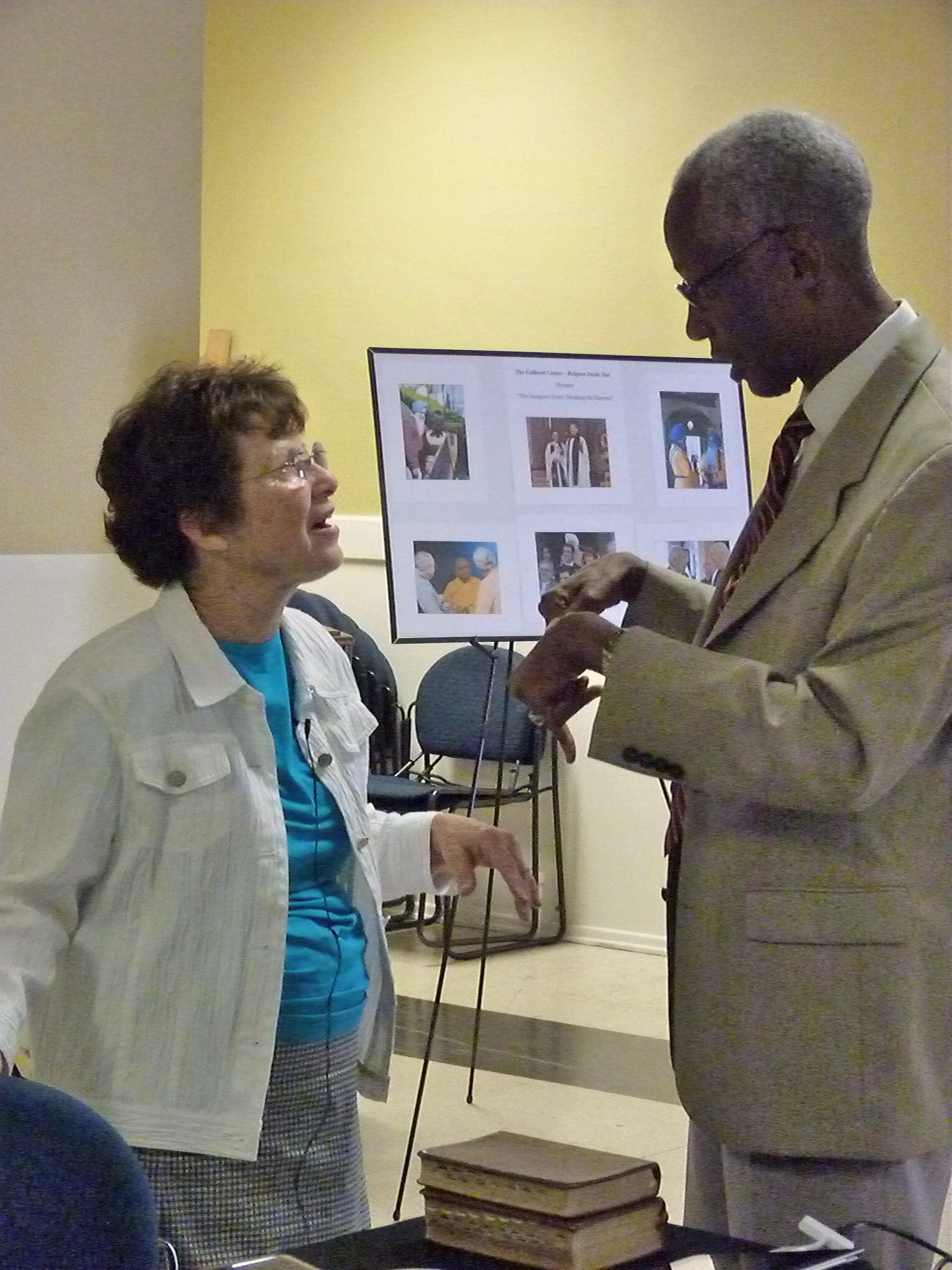 Mormonism 101
The Mormon View of Life

“We come here with much gratitude and [are] very honored to be with you to talk about the most sacred thing in our lives: our religious faith.” With these words Bishop Steve and Judy Gilliland began to share their eight over-lapping concepts that are core to the Mormon view of life. The discussion, filled with examples from their very rich lives in the Church, was not about The Church or theology per se but about how these direct the way they live out each day. Many aspects of the Gillilands’ talk were inspiring and familiar, while others were novel and challenging.

Their very first concept: The Church is a community of sisters and brothers helped to explain part of the growing appeal of the Mormon Church to people throughout the world today. Who would not find appealing the “covenant of caring” that members of the community offer freely to one another manifested in helping any member who is ill or in need? No Mormon is alone in time of need, trauma or transition. Compassionate, concrete care is always available in a myriad of forms from skills training, to hand holding, to helping to supply the basics of life.

Tied to this concept of being a community of caring is the concept of progression. Mormons believe in improving, learning, growing – that life has a purpose and the purpose is “to develop in all the qualities of character exemplified in the life of Jesus Christ.,, love, compassion, self-discipline, faith,.. all the aspects that He demonstrated in His Life.”

They believe that the Church is a vehicle for progression. It provides its members with opportunities to grow through participation and service both within the Church and in the world. Mormons are known and respected throughout the world for their enormous relief efforts during times of crises and catastrophe. Recently they were among the first responders to Hurricane Katrina and the Tsunami in Southeast Asia to help Christians and non-Christians alike.

All humanity are literally children of God. One of the most poignant stories of the relief efforts during Tsunami was when Church members discovered that people had not only lost their homes and all their material possessions, but had lost their holy scriptures as well. The Church of Jesus Christ of Latter-day Saints immediately purchased 7,000 Holy Qu’rans and distributed them to Muslims throughout the area. “We are there to help. We are there to assist.. it makes us better people… it helps our members to progress and improve and grow.” This attitude is seen in the hundreds of thousands of hours of volunteering performed by Mormons each year.

Mormons also believe that family is the basic unit in time and eternity. Progress is eternal. It did not begin with one’s life on this earth nor will it end with death. Marriage – between a man and a woman – is the core of the family. Marriage is for eternity. The Mormon views of pre-mortal existence and baptism – specifically baptism of the dead – and their particular understanding of couples and family’s lives together after mortal death were both baffling and challenging to some unfamiliar to Mormonism even after the explanation of them. The power of the Temple as a sacred place of ritual also held confusion for some in terms of what actually takes place and why.

The Gillilands continued to explain that Mormons believe in revelation to individuals and prophets, that God speaks to each of us directly in times of prayer to help and guide us, and to his prophets just as He did in times of the Old Testament. The Mormon Church is headed by a Prophet who is not worshiped as being infallible but seen as a human being who is man of God.

This belief in revelation and the concepts of God as a coach trying to help instead of as a judge eager to condemn; Scripture – The Holy Bible (King James Version) and The Book of Mormon as a witness to Jesus as Christ – as tools to help us grow closer to God [“It is not the word on the page that matters most, it is what the Spirit says to you as you read something.”] were beliefs that were more familiar to many.

Atonement through Jesus Christ means that Jesus Christ committed to come down from heaven to earth to take care of those sins, those weaknesses and the negative consequences that have happened because of each of us, sins that require reparation for justice to be served.

During the questions and answers Judy Gilliland offered the excellent reference of www.LDS.org and read from a statement Elder Jeffrey Holland made at a graduation service at Harvard University which helped to clarify …”we are not considered ‘Christian’ by some because we are not 4th Century Christians. We are not Nicene Christians. We are not creedal Christians of a brand that arose hundreds of years after Christ. When we speak of the historic Christianity, we speak of the Church as it was in its New Testament purity. We do not accept the great councils that were called to debate and anguish over what they really believed…”

Mormonism 101 was just that – an exposure to the basic beliefs that lie at the core of one of the fastest growing faiths in the world today.