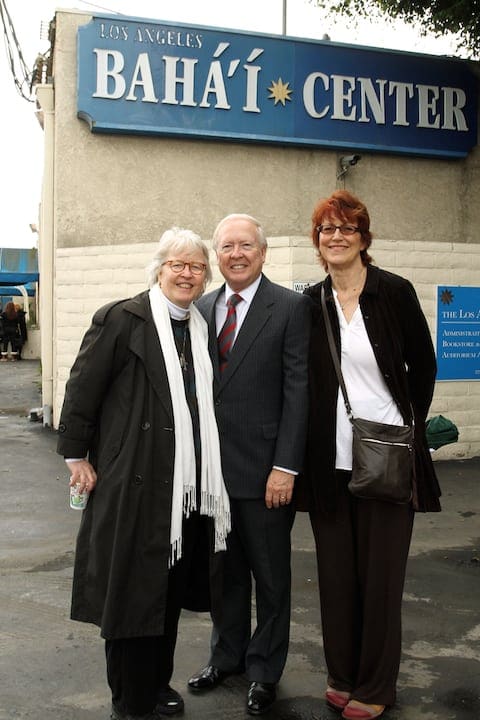 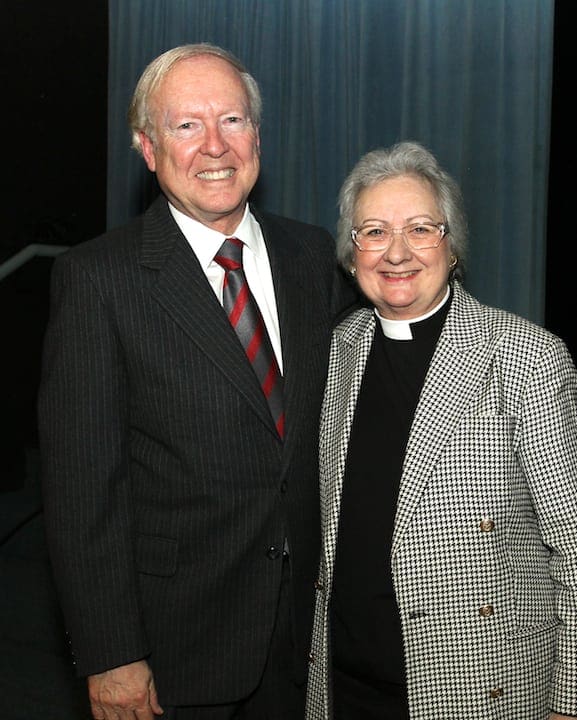 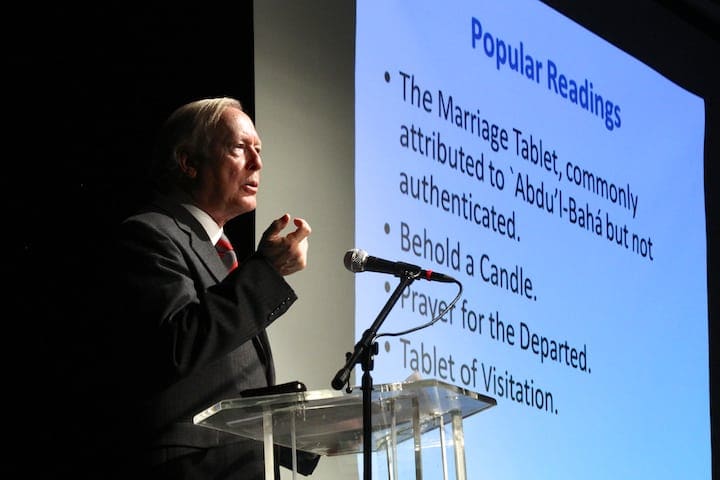 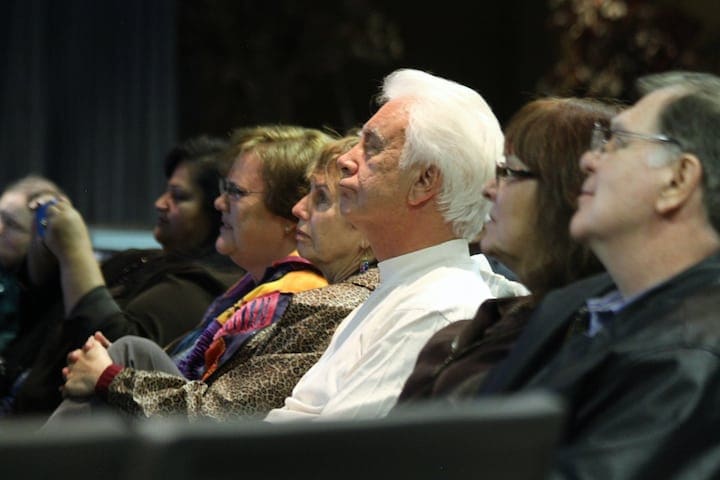 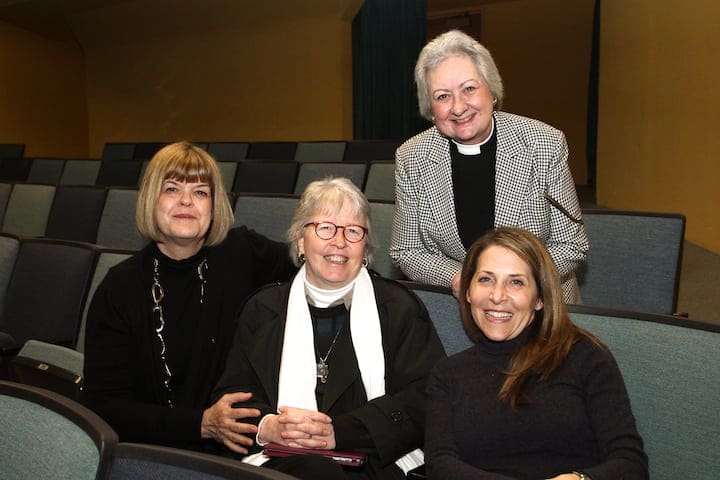 The journey into another’s sacred place can easily open into an unexpected adventure. It certainly did for everyone in our small but hardy group as we each traversed the city through the pouring rain this stormy afternoon only to find ourselves in long, snaking lines of hundreds of cars all lined up to get into the Baha’i Center’s parking lots.

Clearly something unforeseen had happened that was impacting the community. We were about to discover what. We spotted our host standing out in the crush of cars in the downpour on his cell phone. We soon learned that what we were seeing was people gathering for a reception following a funeral that had happened earlier off-site. “Come ahead,” said Randolph Dobbs, full-time Secretary of The Spiritual Assembly of the Board of Baha’i of Los Angeles and interfaith leader. “Most of these folks will be gone by the time our event starts a hour from now.”

“We are not intruding?” Gwynne asked

And so we were welcomed amid the swirling crowds of women in heavy long black coats adorned with fur and men in dark suits all who had come to honor the family of the middle aged woman whose large picture met us in the central lounge. This was not a scene of open grieving. There was a hum of conversation as people shared stories and spoke to friends and family of the departed and of the stuff of their lives. People were animated and engaged and eating.

Lavish tables with mountains of food beautifully laid out lined the walls of the rooms that opened to this space. A coffee bar with servers greeted everyone. “Please help yourselves,” our host insisted as we waited. And we did!

The Baha’i Faith is about community and generosity. It is simple and loving.

It calls for a just world order rooted in respect for God and others. It envisions a world where we understand that we all answer to God and so must live lives of service and compassion. The intrigue and persecution that it has suffered throughout the world has come from its stand for justice and its unwillingness to be used by one political side or another.

Our joke as we of The Guibord Center found one another to gather in the auditorium, was that we could identify those of our group coming in from the rain by looking for the most under-dressed folks in the crowd. We were strangers, easily identified as such, who came into the intimate space of a community that greeted us with smiles and nods and hospitality. Long before the talk of Sacred Texts had begun we were already experiencing the heart of Baha’i.

Randy is a wonderful speaker. Direct and clear. Easy to follow.  His talk and accompanying slides took us through the background of Baha’i and into its practice through the writing and prayers that guide its followers. While we recognized the thrust so often found at the heart of religion to respect God and to treat one another with decency and service, we were just as surprised by the brevity of the marriage rite that carries a simplicity that is as refreshing as it is startling. The poetry of the prayers and the similarities and differences with other faiths was both fascinating and thought provoking.

Please enjoy the video for yourself. You will find yourself well-nourished.