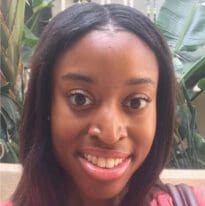 ​Rev. Jaimie Crumley is a black feminist intellectual historian who is currently a PhD student in the Department of Gender Studies at the University of California, Los Angeles. Her work focuses on the lives and theological visions of free African American Christian women in the 19th century. An ordained Christian minister in the American Baptist tradition, Jaimie is also a 2016 fellow with the Baptist Joint Committee for Religious Liberty. As a historian, black feminist, and person who strives to follow Jesus, Jaimie advocates for a society that respects, celebrates, and cherishes our differences.